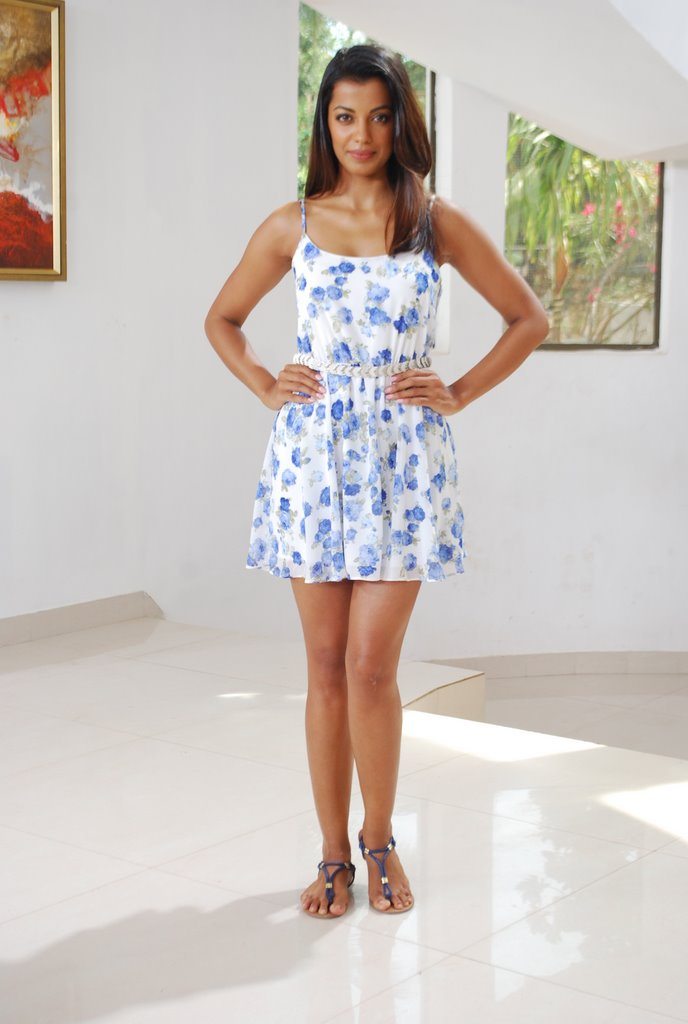 Indian actress Mugdha Godse and Sneha Ullal were snapped on the sets of ‘Bezubaan Ishq’ on June 10, 2014. Mugdha has been missing from the silver screens since a while and is now all set to return with the upcoming movie.

The ‘Fashion’ actress  looked summery in a white printed dress and will be seen playing the role of an obsessive lover in the film. Mugdha is best remembered for her supporting role in Madhur Bhandarkar’s ‘Fashion’.

The sets also had actor Sachin Khedekar who was rehearsing with the actress.

Starlet Sneha Ullal  who started off in Bollywood with the movie ‘Lucky: No Time For Love’ opposite superstar Salman Khan, will also be in the movie. The actress who was often thought of as Aishwarya Rai’s look alike will be sharing screen space with new comer Nishant in Bezubaan Ishq. The film going to be in the hands of debutant director Jaswant and has already kickstarted the first phase of its shoot in Jaipur.