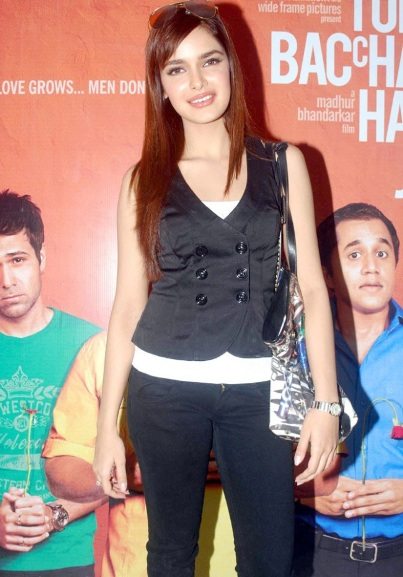 Bollywood Garam: Shazahn Padamsee Photo Gallery –  Shazahn Padamsee is the newest face in Bollywood and the gorgeous actress  is all set to make a mark in India’s fim industry this 2011. Being one of the most beautiful fresh faced celebrities on the block, her photos have been eagerly sought out by her fans across the globe.

Shazahn is the daughter of theatre person Alyque Padamsee and Sharon Prabharkar, and has been a theatre actress before entering into Hollywood. She made her Bollywood debut in “Rocket Singh: Salesman of the Year” and later in Madhur Bhandarkar’s ‘Dil To Baccha Hai Ji’ – where she stars opposite Ajay Devgn.

In 2010, Padamsee acted in tamil movie “Kanimozhi” and Telugu movie “Orage” and her appearance in these movies displated her true prowess as an actress to watch out for in 2011.