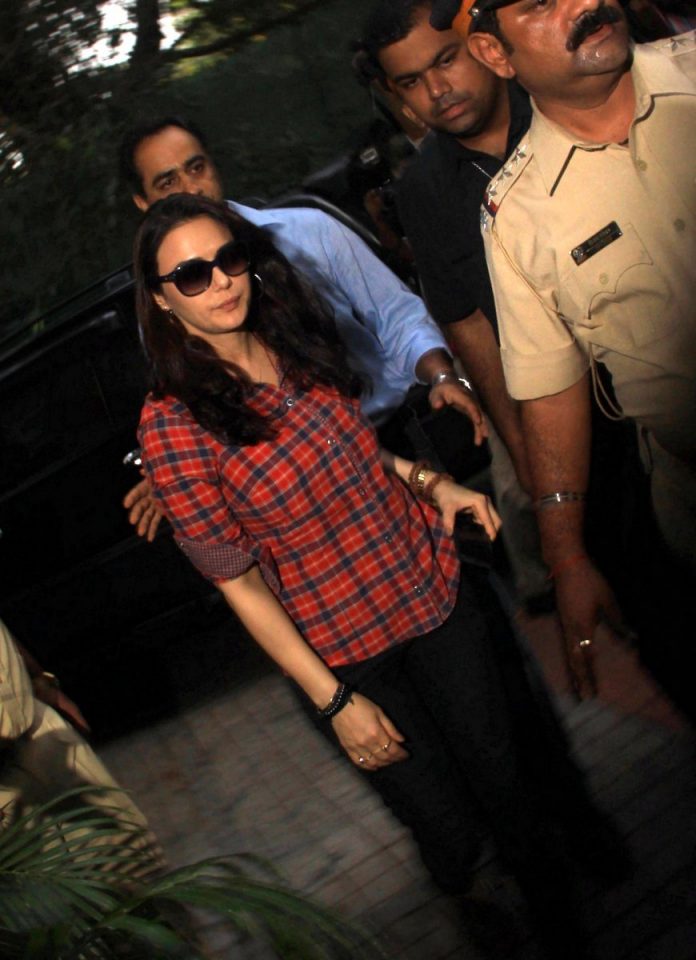 Preity Zinta obliges to police requests and records statement in person at Wankhede.

The high profile case of Bollywood actress Preity Zinta accusing former boyfriend Ness Wadia of molestation and abuse has progressed further as the actress finally obliged to the Mumbai police’s requests of recording her statement in person at the Wankhede Stadium in Mumbai.

The ‘Soldier’ actress along with her lawyer met the crime branch officials on June 24, 2014 at Mumbai’s Wankhede Stadium – the place of the alleged crime – to narrate the incident.

The actress in her statement said that the incident took place at the Garware Pavillion in Wankhede on May 30, 2014, Wadia allegedly started verbally abusing Preity – his IPL team Kings XI Punjab’s co-owner – until a third person intervened in the matter.

Preity has named 15 eye witnesses in the case and all of them will soon be questioned by the police officials.