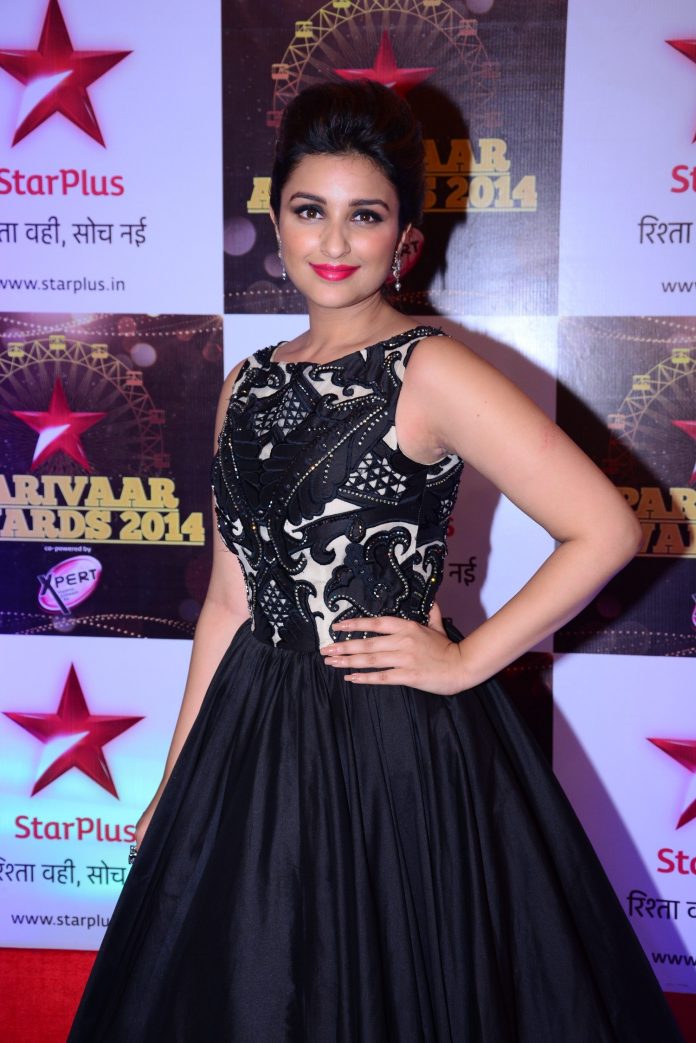 Bollywood actress Parineeti Chopra attended the Star Pariwar Awards 2014 event held on June 22, 2014. The ‘Ishaqzaade’ actress oozed elegance as she charmed onlookers in black gown for the event. The event was also attended by actor Aamir Khan and his wife Kiran Rao.

The awards ceremony was hosted by popular comedian Bharti Singh. The event saw a power packed performance by actor Nakul Mehta who arrived on stage with great style in a mini aircraft. The award ceremony will be aired on Star Plus on June 29, 2014.