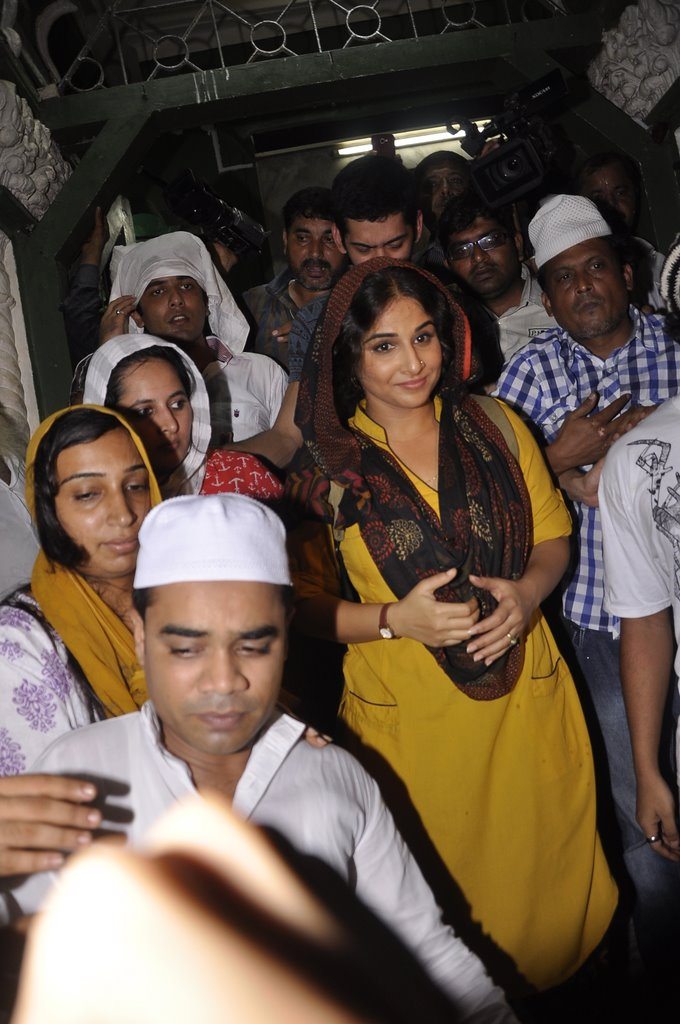 Bollywood actress Vidya Balan seems to be knocking at god’s door, the actress was praying at the Mahim Dargah in Mumbai on June 27, 2014. After having been busy with a spate of promotions for her upcoming movie – Bobby Jasoos – Vidya seems to be seeking divine intervention for her film’s fate at the box office.

During a recent promotional event, Vidya had said, “I had great fun shooting for this film, which is not just a detective film, also a journey of a girl from small town who has a dream to do something different. How she lives her life on her own terms and condition, the film is about that.”

Bobby Jasoos is all set to hit theaters on July 4, 2014. If this film does well, then Vidya will have a hat-rick feat at the box office in terms of heroine-centric films garnering commercial success; her earlier two films ‘The Dirty Picture’ and ‘Kahani’ had received much appraise.