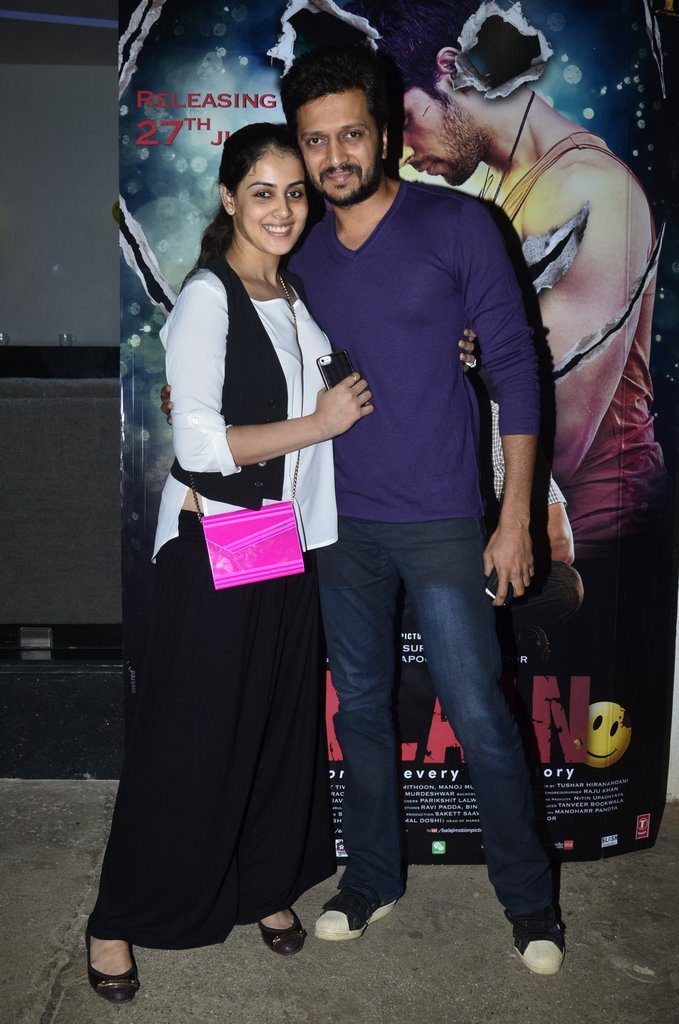 Bollywood’s comedy star Riteish Deshmukh hosted a special screening of the upcoming movie ‘Ek Villian’. The makers and the cast of the movie are these days busy with the promotions as it has hit the theatres on June 27, 2014.

The special screening was attended by Ritish with his wife Genelia and many other friends of the couple from the film industry. The songs from the movie have already become popular and now the wait for the actual release is over.

The movie stars Shraddha Kapoor and Sidharth Malhotra who will be seen playing the lead roles. Riteish is reportedly playing a negative role that he has never done before.