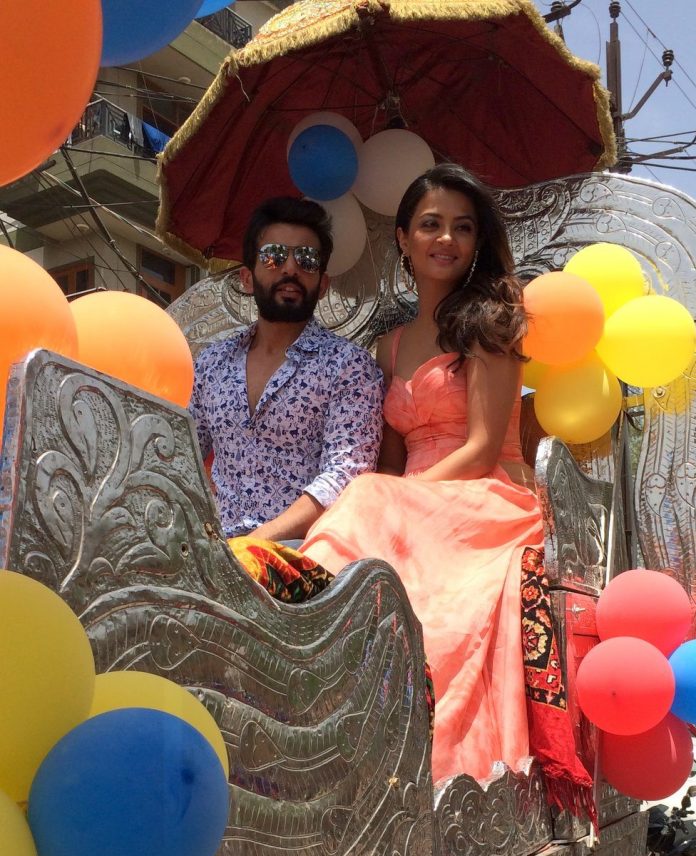 Hate Story 2 takes its promotion to the pink city.

Lead actors of the upcoming movie ‘Hate Story 2’ Jay Bhanushali and Surveen Chawla visited the city of Jaipur in Rajasthan, India to promote their film. Jay sported a summery look in a pair of shades and a printed shirt, while Surveen looked fit to be a princess in a peach flowing gown.