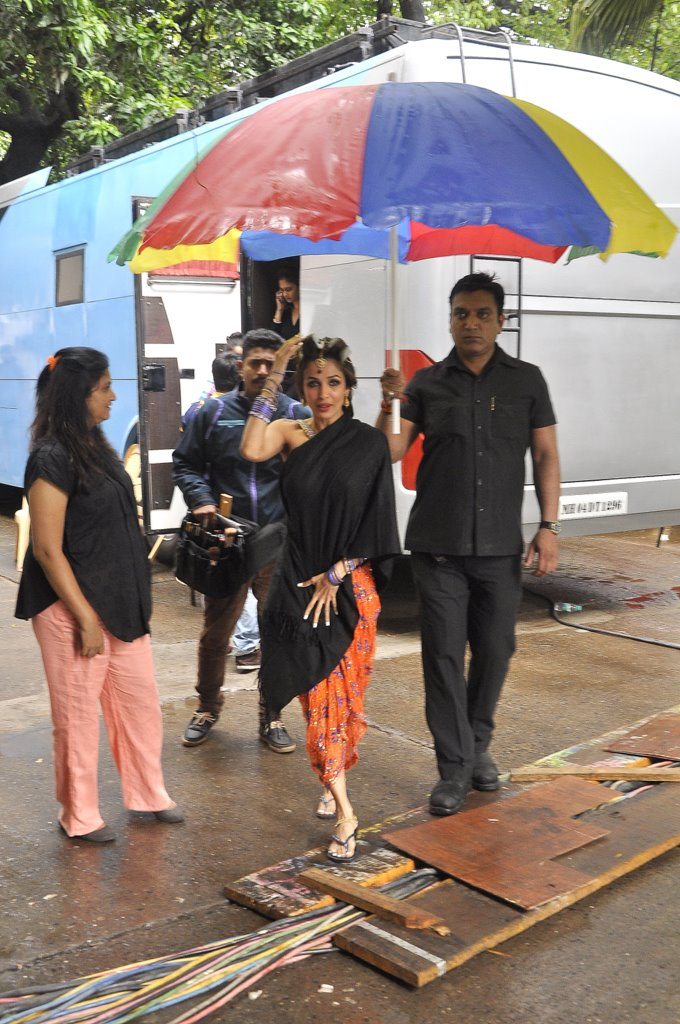 Malaika all ready to set the screen on fire with ‘Pop Ragini’.

Bollywood siren Malaika Arora Khan is all set to once again sizzle on screen with her latest item number ‘Pop Ragini’ from the upcoming film ‘Dolly Ki Doli’. The film is produced by husband Arbaaz Khan and will star Sonam Kapoor in the lead role.

Malaika even Tweeted a picture saying, “Rick for styling, Mallika Bhat for make-up, Alpa for hair…….thank u.love u guys for my pop ragini.” Mallaika and sister Amrita Arora were on the sets at Mehboob studios on July 10, 2014. The ‘Chaiyya Chaiyya’ star was all dressed up and ready to shoot.

The actress came out of her vanity van with a shawl wrapped as she head towards the shoot location. Amrita Arora was seen giving company to sister Malaika.