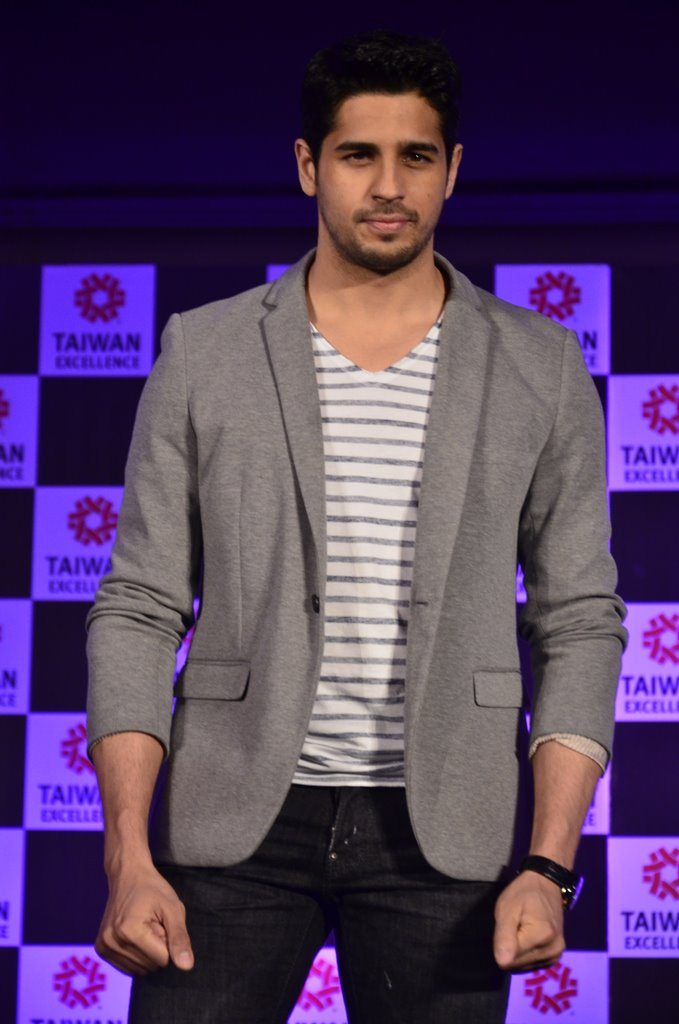 Sidharth Malhotra has a public appearance, but not to promote a film.

The ‘Ek Villain’ star looked his stylish best in a regular denims and t-shirt look paired with a fitting grey blazer.

While interacting with the media at the event Sidharth said, “Taiwan is one of my favorite destinations. I am on stage for not launching a film after a long while, so that is exciting. It is interesting that the products that they have here are very innovative and practical.”

The actor is currently basking under the success of ‘Ek Villian’ and will next be seen in director Punit Malhotra’s upcoming project ‘Warriors’ due for release in 2015.