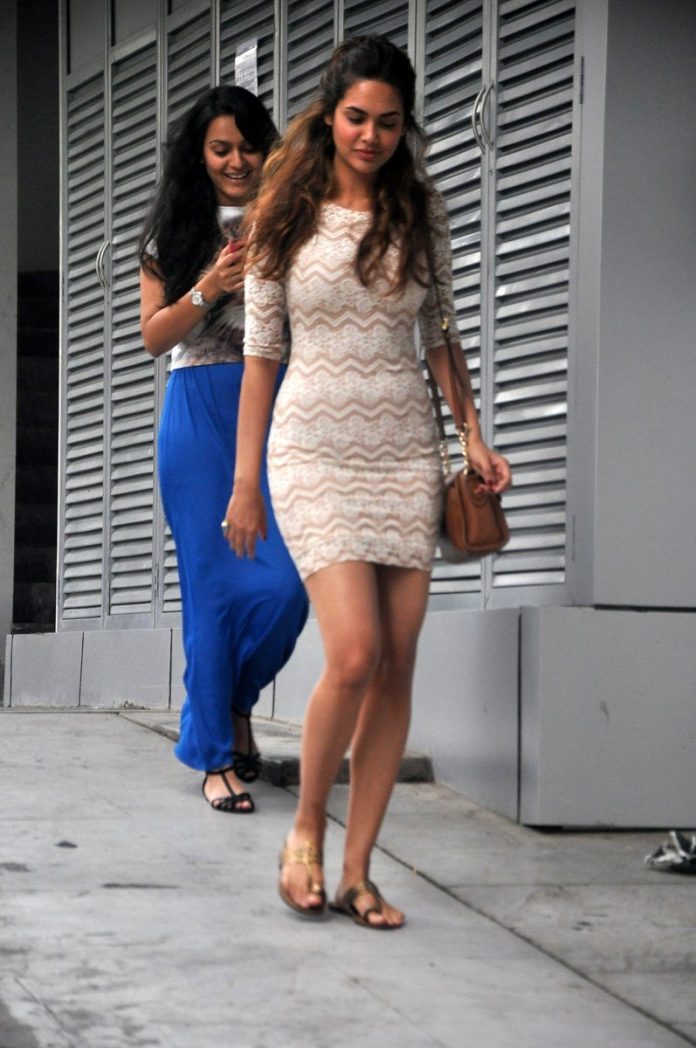 Esha Gupta looks super trendy even on casual day out.

Bollywood beauty Esha Gupta who is riding high on her Humshakals success, was at Bandra, Mumbai on July 11, 2014. The actress looked amazing in a pastel hued figure hugging lace dress. Her toned figure is sure to have gotten some hearts racing!

Gupta teamed up her look with kolhapuri slippers and a Michael Kors sling bag.

The actress also appeared in a song ‘Dhat Teri Ki’ from the movie ‘Gori Tere Pyaar Mein’. Esha has also been a TV host for Nat Geo’s show – Super Cars’.