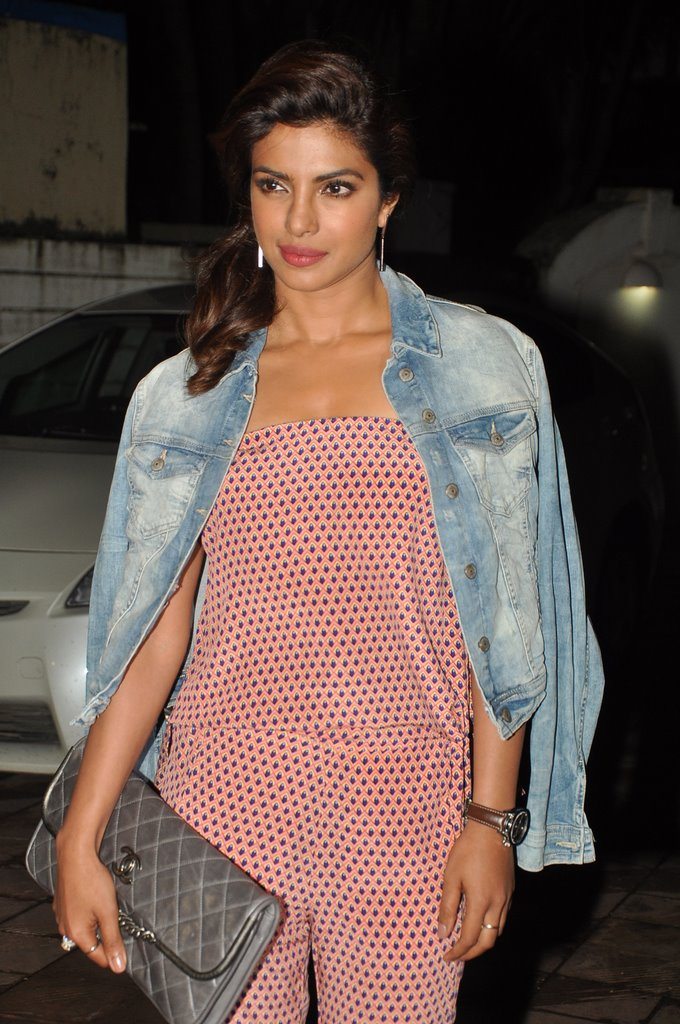 Priyanka – who looked ultra chic in a printed jumpsuit – had her whole family by her side at the party, mother Madhu Chopra, brother Siddharth Chopra and his fiancé Kanika Mathur were all seen in attendance.

Mary Kom is a biopic based on the life of  – Olympic medallist – Mary Kom and is directed by Omung Kumar. Sanjay Leela Bhansali has produced the film.

‘Mary Kom’ revolves around the real life journey of five time World Champion – MC. Mary Kom. The trailer of the movie released on July 23, 2014 and has already created a buzz amongst audiences.