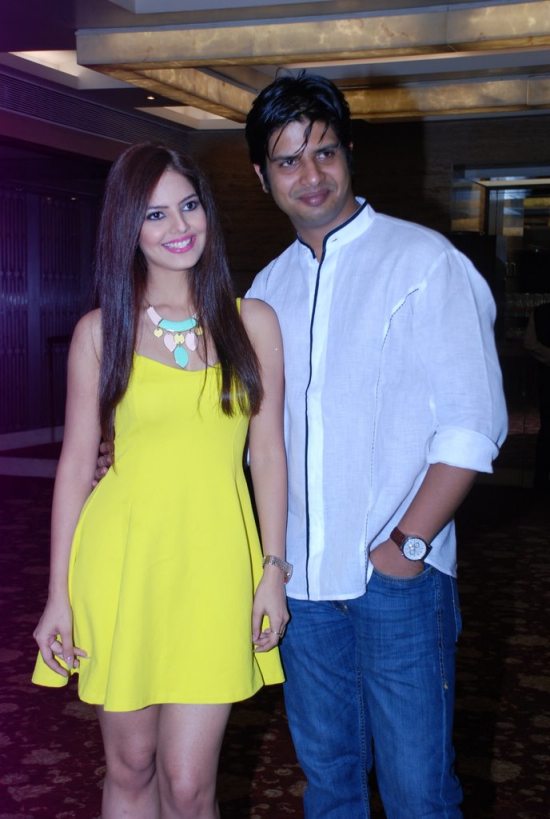 Bollywood horror movie Trip to Bhaangarh has its music launch.

Bollywood newbies Aneet Kaur Sekhon, Herry. T, Debonita Sur, Adeel Chaudhry and Suzzana Mukherjee were all present for the music launch of their upcoming film ‘Trip To Bhaangarh’ in Mumbai on July 28, 2014.

The upcoming film which is all set for release on September 5, 2014, is a horror film which is embroiled in the real life folk tale of the Bhaangarh fort situated in Rajasthan, India.

One of the crew members who interacted with the media at the music launch event spoke about the unusual events that unfolded while shooting for the film. The crew apparently met with a major accident on the very first day of the shoot schedule.

Bhaangarh revolves around the story of six friends who refuse to pay heed to the warning board outside Bhaangarh’s fort gates that states: Entering the borders of Bhaangarh before sunrise, and after sunset is strictly prohibited, legal action would be taken against anybody who does not follow these instructions.

The teenagers pay for their callous behavior and then, ensues a spooky night in the forts horrifying confines.

The film is directed by Dilip Sood and produced by Vikas Rastogi.

Here is the film’s official trailer video that has already managed to spook audiences out.