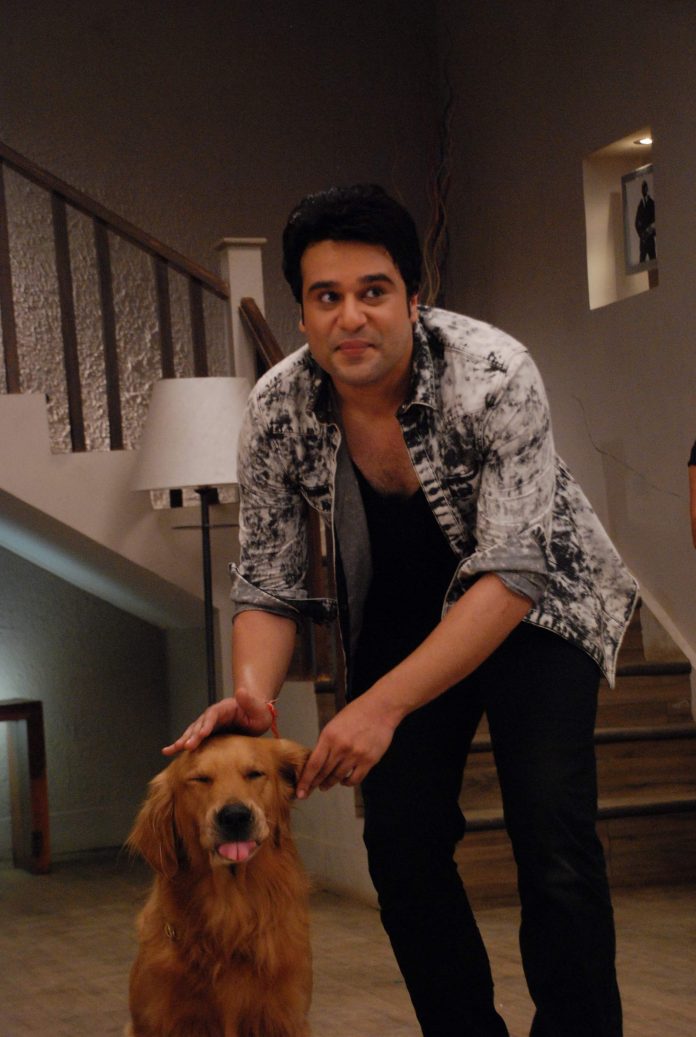 Akshay looked casual and stylish in a grey shirt paired with denims.

The actor interacted with all the characters of the television show that airs on Sab TV.