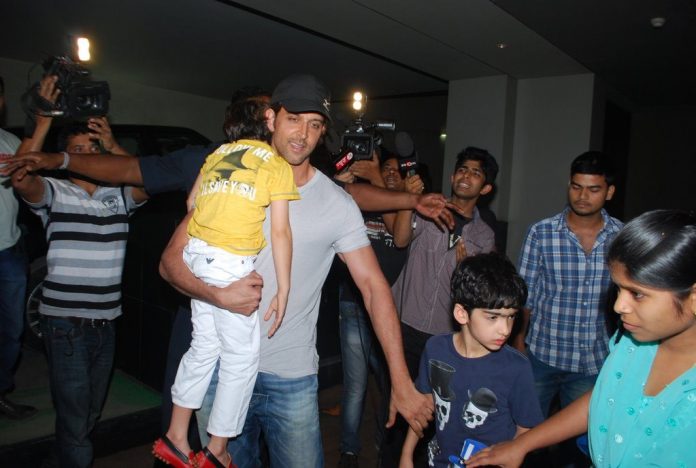 Bollywood actor Hrithik Roshan is miffed with recent media reports about his divorce alimony to ex-wife Sussanne Roshan. Reports claimed that Sussane has demanded a whopping Rs. 400 crores as alimony. The ‘Guzaarish’ star has issued a statement which has refuted such reports and has also tweeted about it.

Roshan tweeted, “Fabricated news articles. Demeaning my loved ones. Testing my patience.” Sussane and Hrithik got married in 2000 after a 4-year long courtship, however the duo decided to separate in 2013, putting an end to their 17-year long relationship. The couple have two sons Hrehaan and Hridhaan.

This is not the first time the couple has had to deal with fabricated news concerning their divorce settlement, back in 2013, Sussanne had denied media reports that her divorce with Hrithik was a Rs. 100 crore settlement and added that it was unethical to publish such false news.

Sussanne in a statement said that she was deeply disappointed when she read the article and that there is no element of truth and is purely speculative.