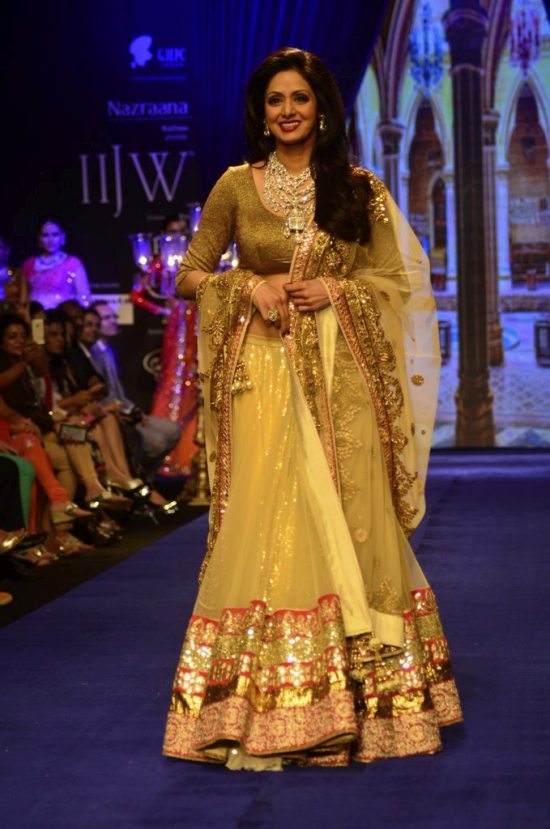 Bollywood movie ‘English Vinglish’ which marked the return of veteran actress Sridevi to films, has collected $420,000 at the box office in Japan. With the recent reports, it is clear that the movie is doing well in the international market.

More reports said that it has become the second highest gorssing Hindi film in Japan after ‘3 Idiots’. The movie is backed by Eros International and continues to run successfully in theaters.

Directed by Gauri Shinde, English Vinglish was a story about a quintessential Indian homemaker whose universe revolves around her family, until she is shake out of her comfort zone when forced to learn English in a foreign land. The ‘Judaai’ star Sridevi plays the lead role of Shashi Godbole who is a housewife who has a home catering business.

The movie was released in Japan across 33 screens on June 28, 2014. The grand premiere of the movie turned out to be a huge success and was attended by Sridevi along with the First Lady of Japan Akie Abe and the popular Japanese singer Agnes Chan.

Reports about the movie being released in Japan started when Shinde was invited to attend the prestigious Aichi International Women’s Film Festival in August 2013.