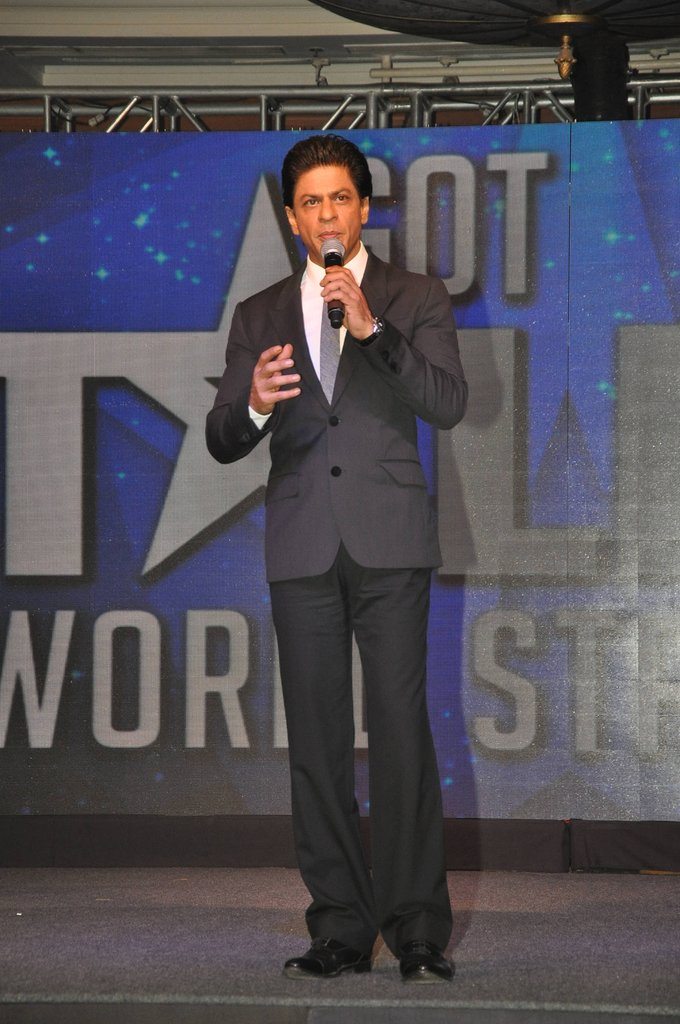 Guess who’s making a comeback on TV? Shahrukh Khan to host Indian version of ‘Got Talent’.

Bollywood Superstar Shahrukh Khan is all set to return to the small screen as he has been finalized as the host for an Indian version of the international gala live show ‘Got Talent’. The show will be aired on a major Hindi general entertainment channel.

The announcement will be made at a press conference this week, sources also revealed that if plans go as expected Simon Cowell – international showbiz and music industry personality – will also visit India for the show which will be a unique twist for Indian television.

The event will take place in Mumbai at the Andheri Sports Complex Grounds in December 2014.

This is not the Bollywood badshah’s debut encounter with television, infact, SRK took his first steps into the world of entertainment via television shows like ‘Fauji’ and ‘Circus’.