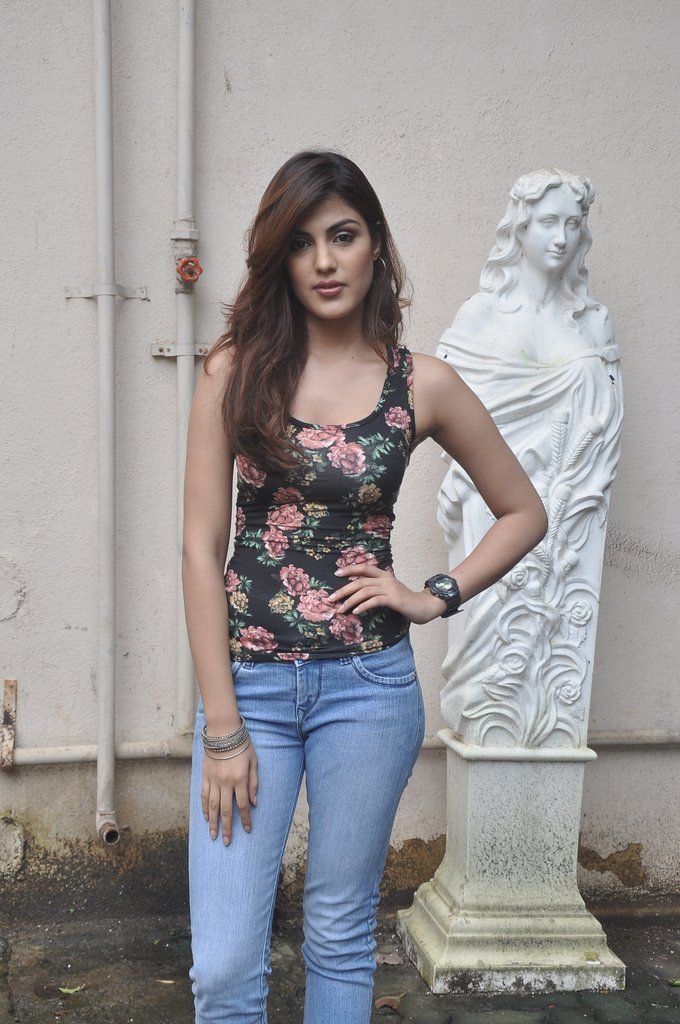 Bollywood starlet Rhea Chakraborthy shot for the poster of her upcoming movie ‘Sonali Cable’ along with co-star Ali Fazal at Mehboob Studios in Mumbai on August 1, 2014.

After the success of ‘Nautanki Saala’, filmmaker and producer Sippy has started shooting for his upcoming movie ‘Sonali Cable’ and said that this is the best way to celebrate the success of the film – by starting a new one!

Sonali Cable is directed by Charudutt Acharya who has earlier written dialogues for movies like ‘Dum Maaro Dum’ and the screenplay of ‘Nautanki Saala’.

The movie also features newcomer Raghu Juyal of the ‘Dance India Dance’ fame. While talking about casting newcomers, Rohan said that they are not newcomers as Rhea was last seen in the movie ‘Mere Dad Ki Maruti’.