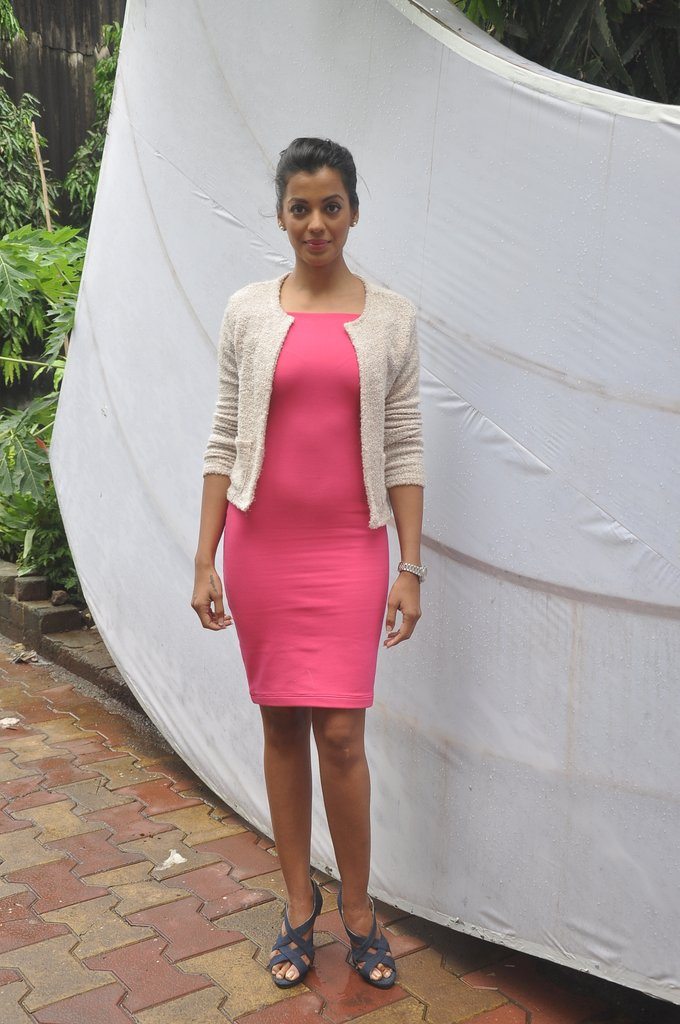 Bollywood actress Mugdha Godse was on the sets of her upcoming movie ‘Ishq Ne Crazy Kiya Re’ in Mumbai on August 2, 2014. The ‘Fashion’ starlet looked absolutely chic in a pink dress topped off with a trendy white shrug. While on sets, the Maharashtrain mulgi posed for the shutterbugs and also interacted with the media.

Godse said, “Everyone in the film goes crazy, and I play a producer of a big music channel in the film and there is a big show happening and there are singers. My character’s name is Esha and how she manipulates her power and how she falls in love, it is an interesting story of power and love.”

Mugdha is best remembered for her supporting role in Madhur Bhandar’s ‘Fashion’ which released in 2009, her role fetched her a Filmfare nomination as Best Female Debut.

The leggy lass was also a semi-finalist at the 2004 Femina Miss India Beauty Pageant.