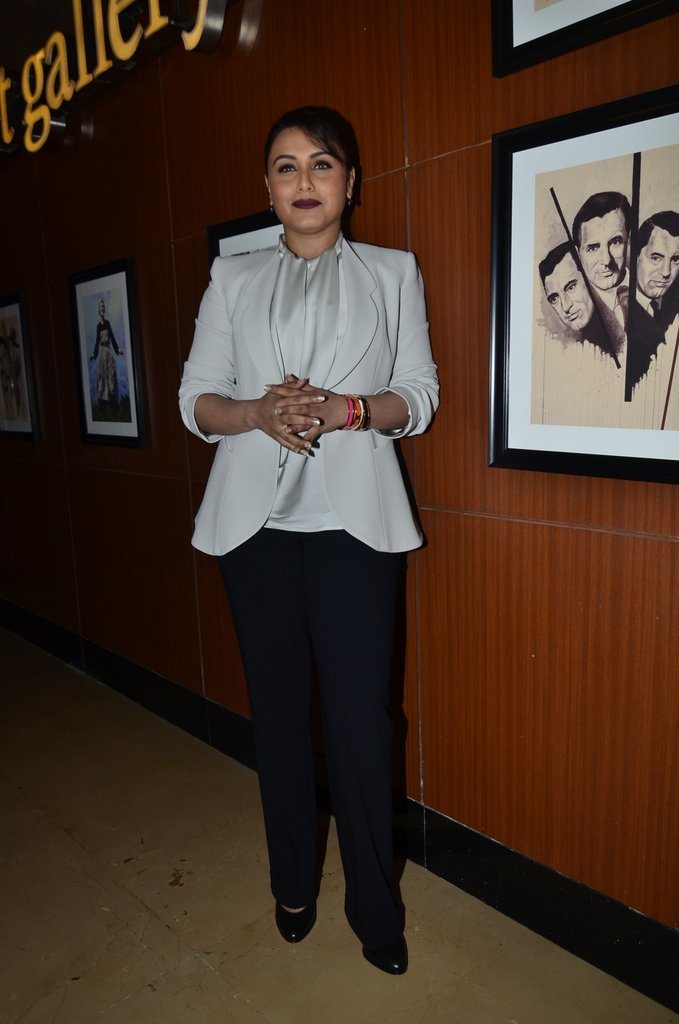 Bollywood actress Rani Mukherji unveiled the anthem of her upcoming movie ‘Mardaani’ at a press event on August 4, 2014. The Pradeep Sarkar film is all set to release on August 22, 2014.

While interacting with the media at the event, Rani spoke about the anthem and said, “This anthem is a thought that has come from the anger and frustration we go through in our daily life.”

Rani added that the song has been written by Kausar Munir and is depicted beautifully.

The ‘Talaash’ actress is all set to return to the silver screens after a long time and will be taking on the lead role in ‘Mardaani’. Rani will be playing the role of a Senior Crime Branch Inspector named Shivani Shivaaji Roy who single handedly takes on the city’s child trafficking mafia.

Audiences are sure excited to see Rani’s power pact performance after a long sabbatical post her wedding to Yash Raj honcho Aditya Chopra in April 2014.