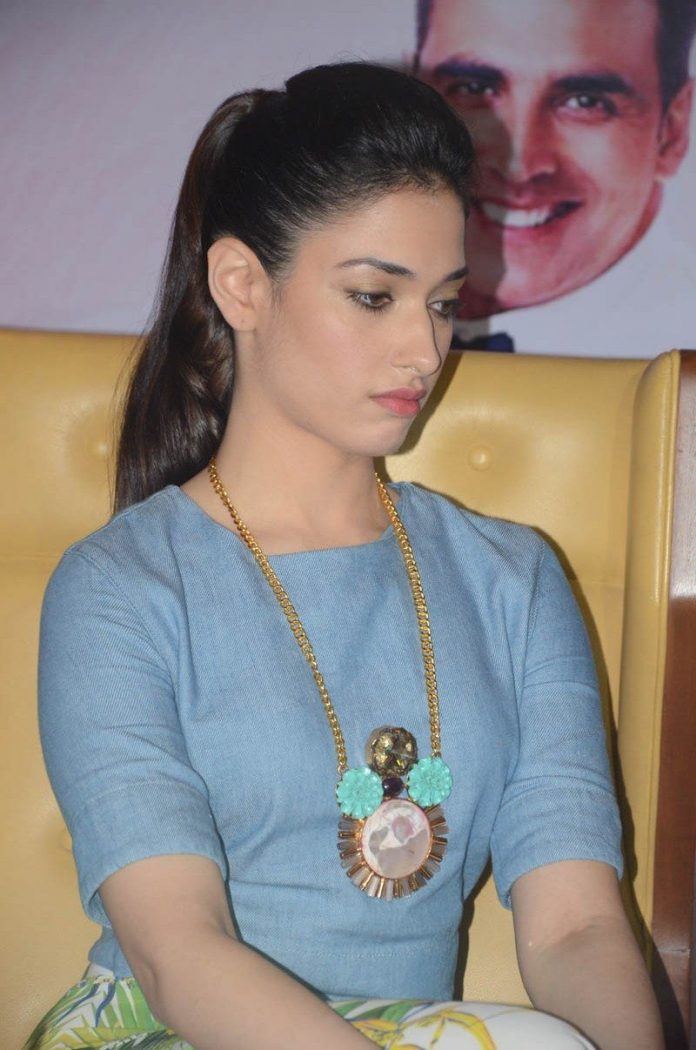 Bollywood stars Akshay Kumar and Tamanaah Bhatia promoted their upcoming movie ‘Entertainment’ in Bangalore on August 4, 2014. The film is all set for a release on August 8, 2014.

While interacting with the media at the event, Khiladi kumar said, “Over the least three years, all the good films have been written by Sajid-Farhad. As writers, they have proved themselves a lot and I think they deserve to get the same success in direction as well.”

Entertainment stars actors Akshay Kumar and Tamannaah Bhatia in lead roles, another important member of the film’s star cast is an adorable dog named Junior. The dog is visible on all of the movie’s posters that have been released till date.

Tamannaah Bhatia looked her stylish self in a pair of printed palazzo pants  paired with a trendy top and neckpiece. Akshay on the other hand, opted for a sporty look and donned a hoodie jacket.

The makers of the movie are busy promoting the film on various platforms. In recent times, Akshay and Tamannaah attended a garment sale event. The garments on sale were worn by the actors in the film and the event was organized to support the Youth Organization in Defense of Animals.

The money raised by the sale was given to charity.

Entertainment has been produced by Ramesh S Taurani of Tips Industries and is all set to hit the theaters on August 8, 2014. The songs and trailer of the comedy flick have already created a wave amongst audiences.