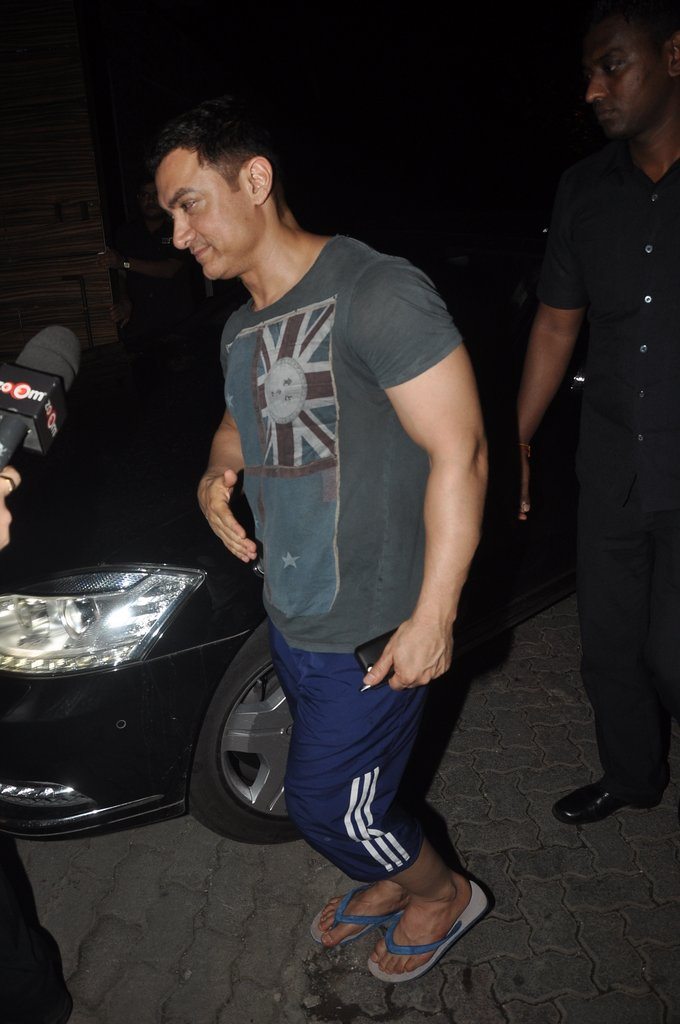 P.K star Aamir Khan elates his fans by clicking photographs with them.

Bollywood’s Mr.Perfectionist Aamir Khan who is usually known as media shy, is portraying quite a different image off late. The ‘Dhoom 3′ star was spotted obliging to fans’ requests for photographs in Mumbai on August 5, 2014. The actor is currently busy with his upcoming movie ‘PK’ or Peekay which is all set to hit the theaters on December 19, 2014.

The makers of the movie recently launched the first look poster of PK, the poster has Aamir posing nude on it with just an old transistor covering his bare essentials!

The poster has gotten the team of P.K into some troubled waters, as a lawyer from Kanpur has filed a legal notice against makers Raj Kumar Hirani and Vidhu Vinod Chopra, the complaint accuses the team for promoting vulgarity and nudity.