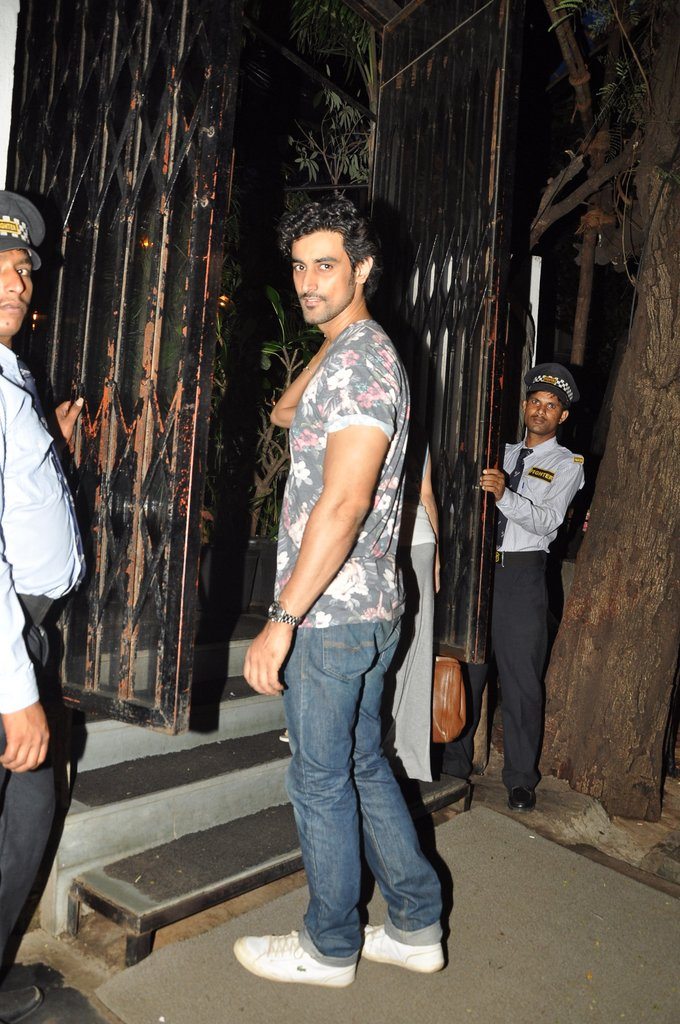 Indian actor Kunal Kapoor was snapped outside the Nido restaurant in Mumbai on August 5, 2014. The actor had reportedly come for a quiet dinner at the restaurant. The ‘Rang De Basanti’ actor got engaged to Amitabh Bachchan’s niece Naina Bachchan in February 2014.

Naina and Kunal reportedly met a year back and have been dating since then. The actor is known for appearing in some of the movies like ‘Hattrick’, ‘Laaga Chunari Me Daag’, ‘Aaja Nachle’, ‘Lamhaa’ and ‘Rang De Basanti’.

Kunal was last seen in the movie ‘Luv Shuv Tey Chicken Khurana’ and is currently working on the upcoming movie ‘Doga’ which is an upcoming superhero movie that is based on Raj Comics character Doga.