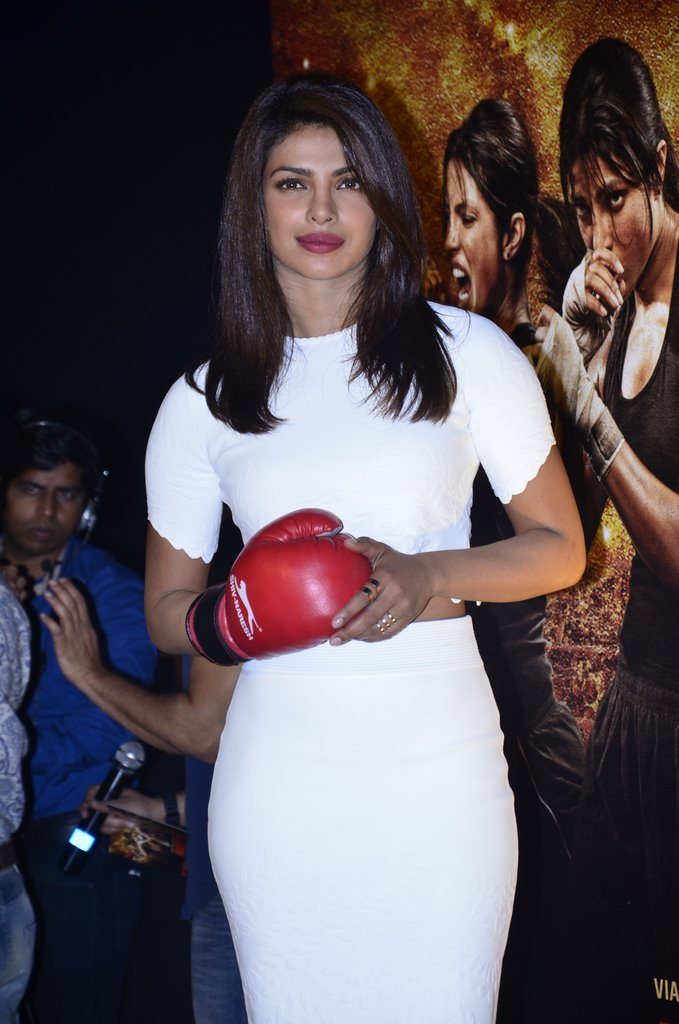 Bollywood actress Priyanka Chopra is all set to glam up the new season of popular game show ‘Kaun Banega Crorepati’, hosted by superstar Amitabh Bachchan. The ‘Barfi’ actress will be on the show to promote her upcoming movie ‘Mary Kom’.

The makers of the movie are busy with promotions as the release date fast approaches. Priyanka will be featuring as one of the celebrity contestants, but the telecast date has not yet been revealed. The fresh season of KBC will go on air from August 17, 2014 on Sony Entertainment Television.

This is not the first time that Priyanka will participate on the show. Earlier, Chopra had appeared with actress Kareena Kapoor during the third season which was hosted by Superstar Shahrukh Khan.

Her upcoming ‘Mary Kom’ is a biopic based on the life of Olympic boxer – MC Mary Kom – and her journey towards success in the sport. The biographical drama is directed by Omang Kumar and is produced by Sanjay Leela Bhansali.

The makers have already released the trailer of the flick which has already created a buzz amongst audiences.