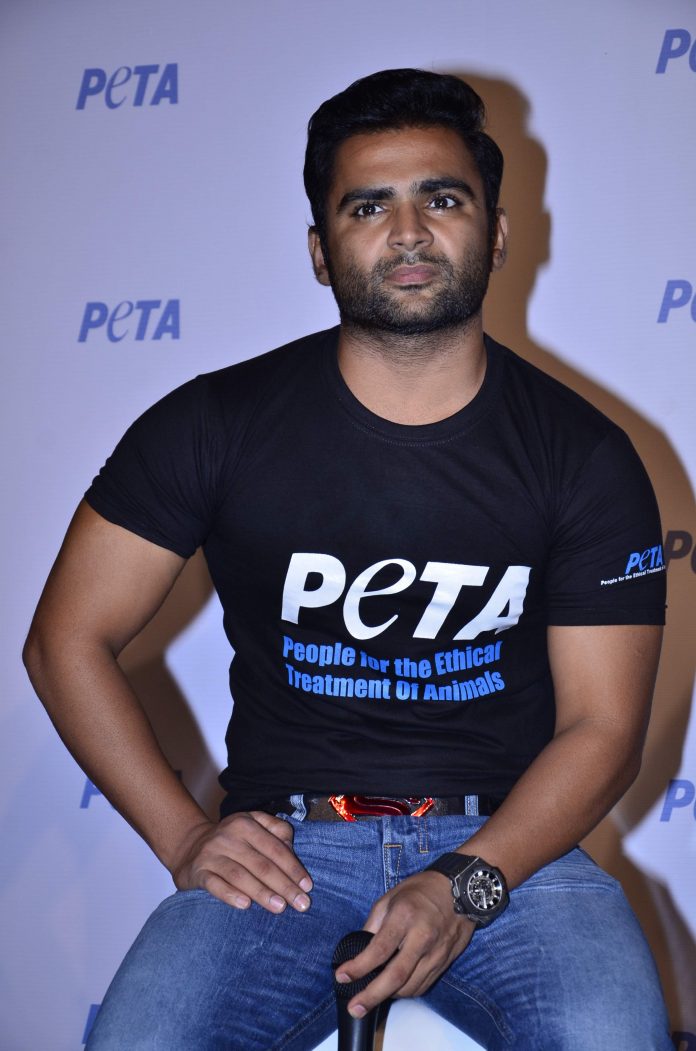 Bollywood actor and filmmaker Sachiin Joshi unveiled his latest People For Ethical Treatment of Animals (PETA) campaign titled VEGETARIAN, at an event in Mumbai on August 6, 2014.

Sachiin Joshi made his debut in hindi movies with ‘Aazan’ in 2011 and before that, he had made his debut in the Telugu film industry with the movie ‘Mouna Melanoyi’ both these films weren’t major commercial successes.

His 2011 movie ‘Aazan’ was produced by Prashant Chadha.

Reports say that the actor will be making a Telugu remake of the movie ‘Aashiqui 2’ and will play the role of Aditya Roy Kapur in the Telugu version.