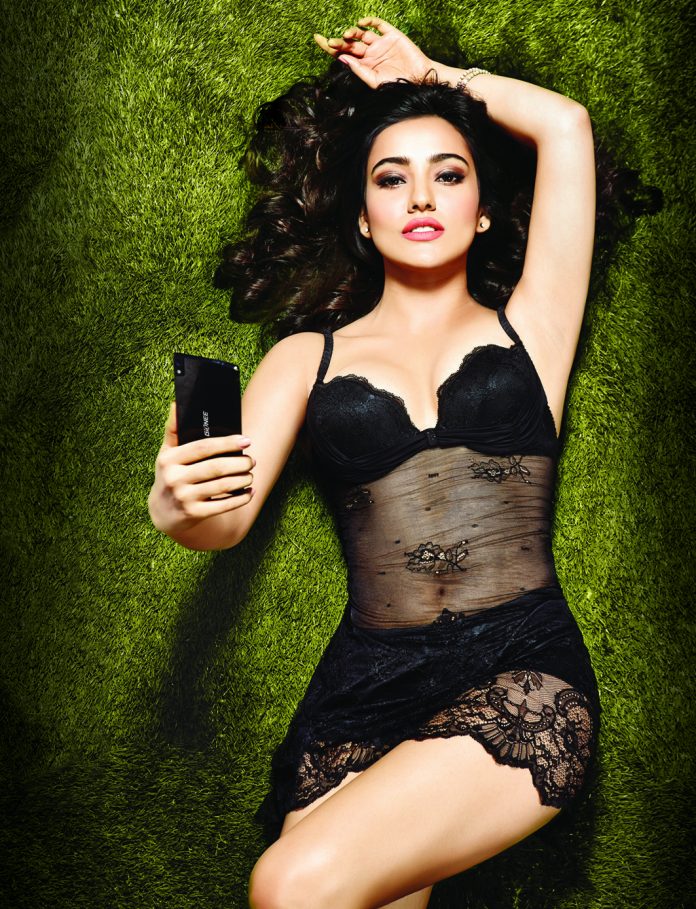 Bollywood actress Neha Sharma who was last seen in the movie ‘Youngistan’, opposite Jackie Bhagnani, has now featured on a cover – Indian edition – of the British Men’s Magazine FHM. The starlet looks smoldering hot in skimpy black lacey outfit on the cover.