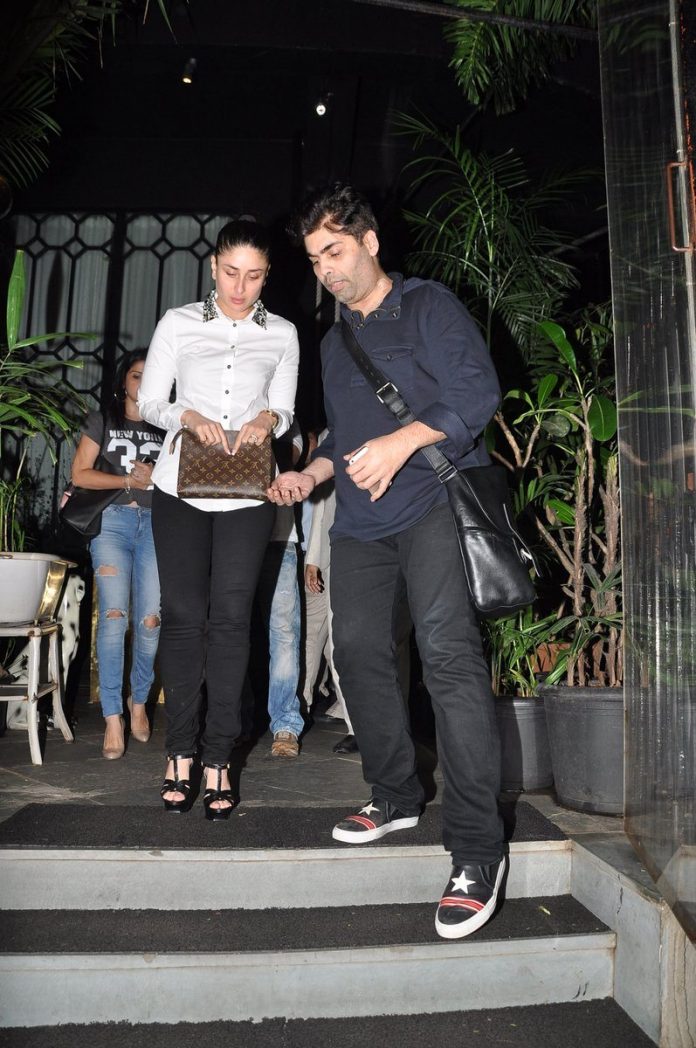 Shutter bugs caught up with Bollywood celebs Karan Johar, Kareena Kapoor and Arjun Rampal as they exited Mumbai’s high end Nido restaurant on August 6, 2014. Other celebrities who were snapped at the restaurant included Arjun Rampal’s wife Mehr and Sanjay Kapoor with wife Maheep.

Kareena looked her stylish self in a fitted white collar shirt paired with black pants, Arjun Rampal and Karan Johar also kept it quite casual.

The ‘Jab We Met’ actress is currently preparing for her upcoming release ‘Singham Returns’ opposite Ajay Devgn and has also signed Kabir Khan’s ‘Bajrangi Bhaijaan’ opposite Salman Khan.

The makers of the movie ‘Singham Returns’ recently released the single ‘Aata Majhi Satakali’ composed by Yo Yo Honey Singh, the number has already become popular amongst audiences.