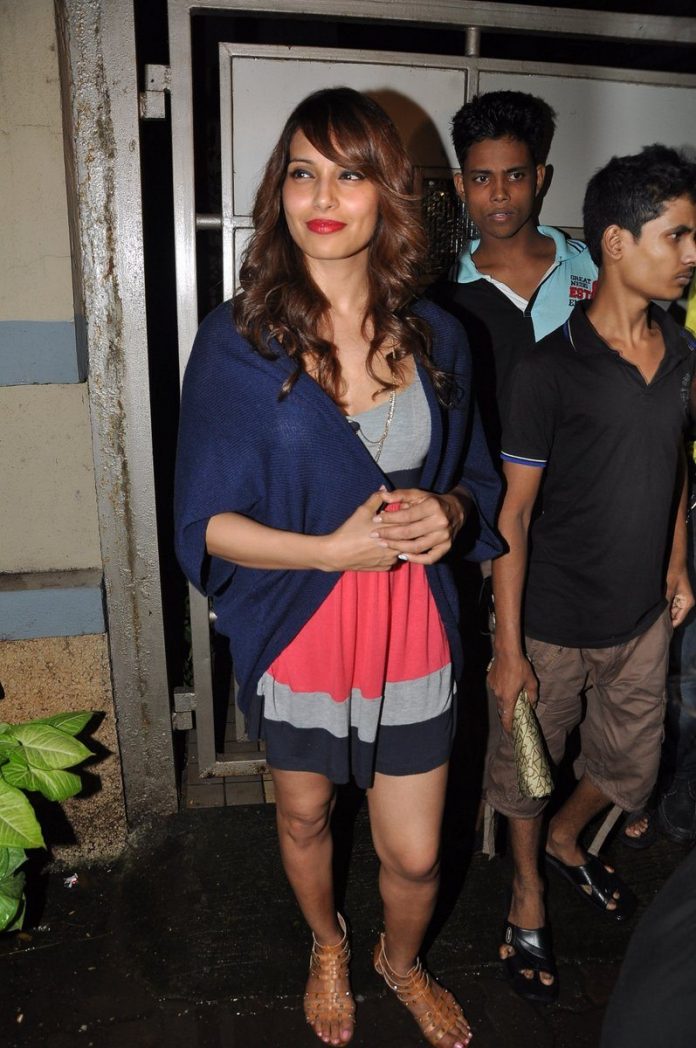 Bong beauty Bipasha Basu poses for the shutter bugs on a casual day out.

Bollywood bong beauty Bipasha Basu was snapped at Bandra in Mumbai on August 6, 2014. The ‘Raaz’ actress looked absolutely chic in a stripped dress topped off with a navy blue shrug.

Bipasha is currently gearing up for her September 2014 release – Creature 3D – which has been directed by Vikram Bhatt. The film also stars Bollywood newbie and Pakistani actor – Imran Abbas Naqvi – opposite Bips. The movie is being touted as a horror film with a hint of sci -fi in it.

Basu had attracted a lot of media attention during the promotions of Sajid Khan’s Humshakals, which she decided not to be a part of even though she starred in the film. Apparently, the movie didn’t turn out according to the Bollywood siren’s expectations! Hmmm… we can’t blame Bipasha, can we!?