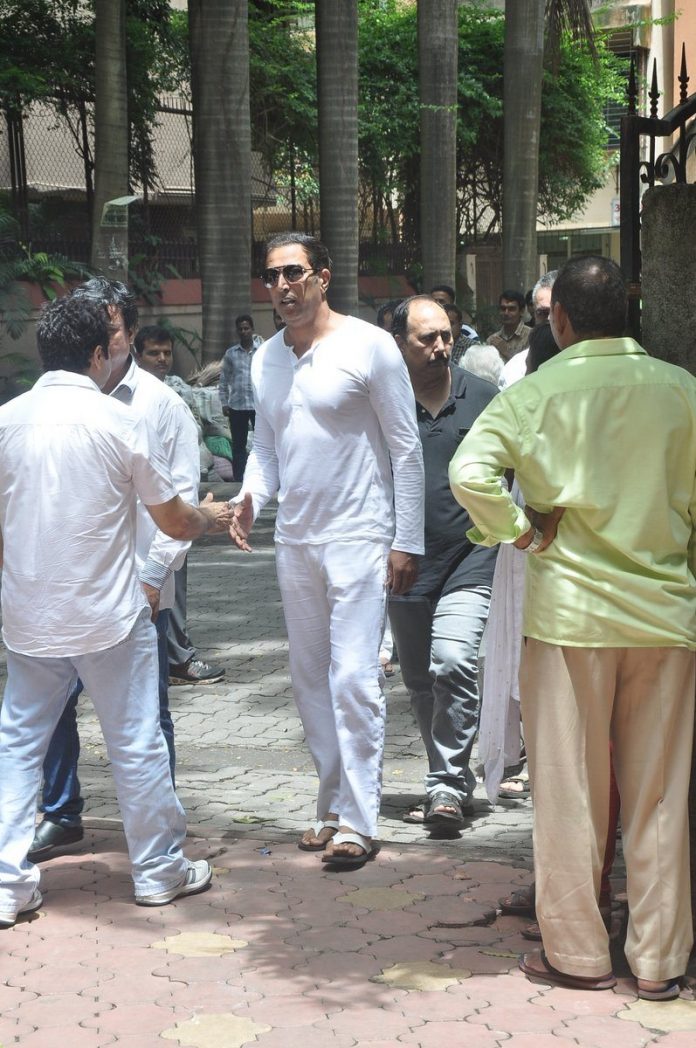 Indian actor and director Dharmesh Tiwari passed away at the age of 63 on August 6, 2014. One of his close friends Raza Murad said that the cause of death could be diabetes, he survived by his wife and two daughters. Several TV and Bollywood stars attended the funeral ceremony of the actor.

Murad added that he passed away on Wednesday morning in Chandigarh and had been there for a show. Tiwari’s friend added that despite having high sugar levels, he was very active and that it is a huge loss for the fraternity.

The actor was also the general secretary of the Cine & TV Artists Association. Tiwari was also the president of the Federation of Western India Cine Employees.

Dharmesh’s body has been taken to Mumbai on August 8, 2014 . The vice president of CINTAA Gajendra Chauhan said that the actor was feeling uneasy in the morning after which he was admitted to the hospital where he passed away.