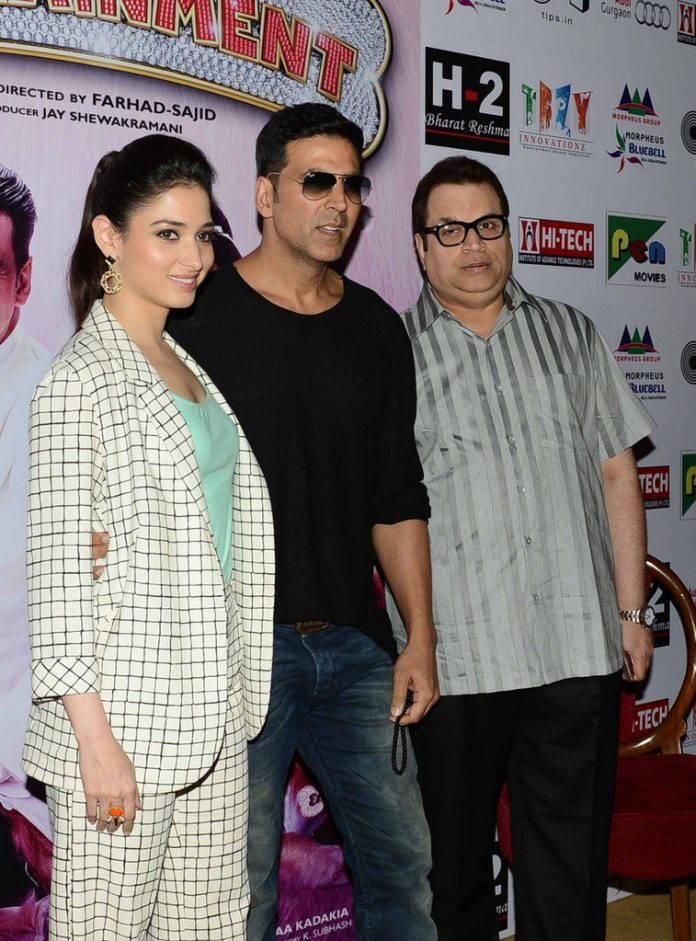 Actors Akshay Kumar and Tamannaah Bhatia promoted their movie ‘Entertainment’ at a press event in Delhi on August 7, 2014. The promotional event was also attended by producer Ramesh Taurani.

The producer took his Twitter account to express his excitement to get the audience to watch the movie in theatres. Taurani added that it has been a great journey and hopes that the audience loves the movie.

‘Entertainment’ has hit the theatres on August 8, 2014. The movie so far has received mixed response, but the makers are positive that it will be loved by the audience and will also keep the box office ringing.