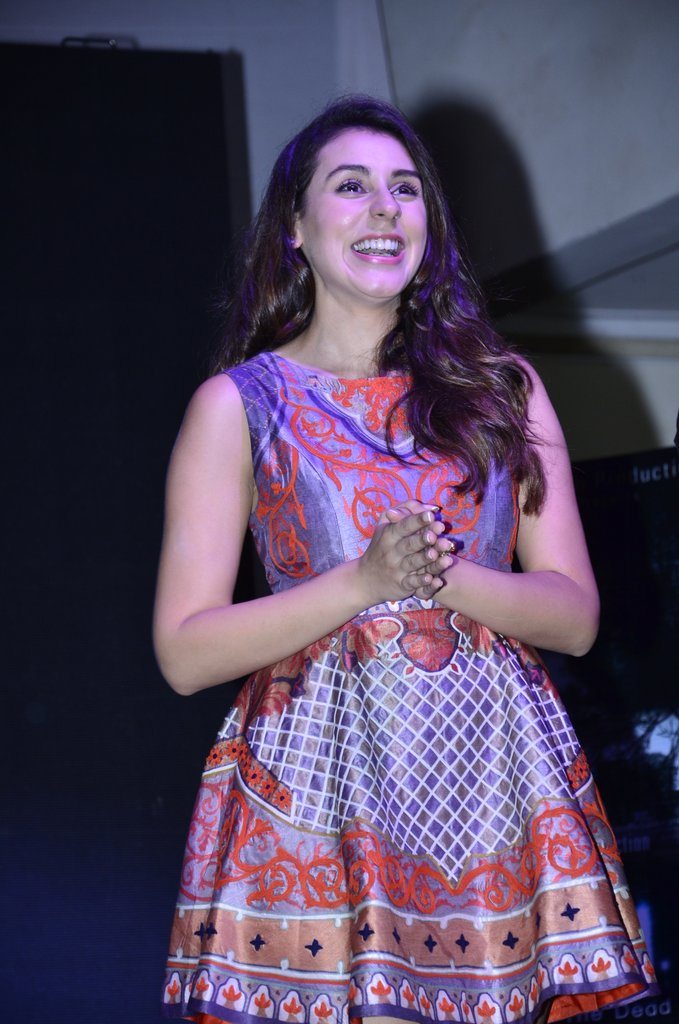 Television’s most popular host – Ranvijay Singh – attended the launch event of his upcoming horror movie ‘3 A.M.’ at Matunga, Mumbai on August 8, 2014. The movie is directed by Vishal Mahadkar and is produced by Essel Vision and Hand Print Films.

Apart from Ranvijay, the movie also features Anindita Nayar, Salil Acharya and Kavin Dave. The cast of the movie was wearing ‘3 A.M.’ t-shirts at the launch event. The movie is all set to hit the theaters on September 19, 2014.

The trailer of the film gives us a glimpse into the flick’s haunting and freaky plot. The story revolves around three friends who are out to investigate an abandoned mill plot for paranormal activities, post the death of one of the character’s – Ranvijay – fiancee.

Ranvijay is best known for his Roadies avatar, however, the rugged hunk has also ventured into the movie business off late, he last acted in the film ‘Mango’, which also had Monali Thakur, Swara Bhaskar and Chandan Roy Sanyal. The Abbas Tyrewala movie was released on April 25, 2014.