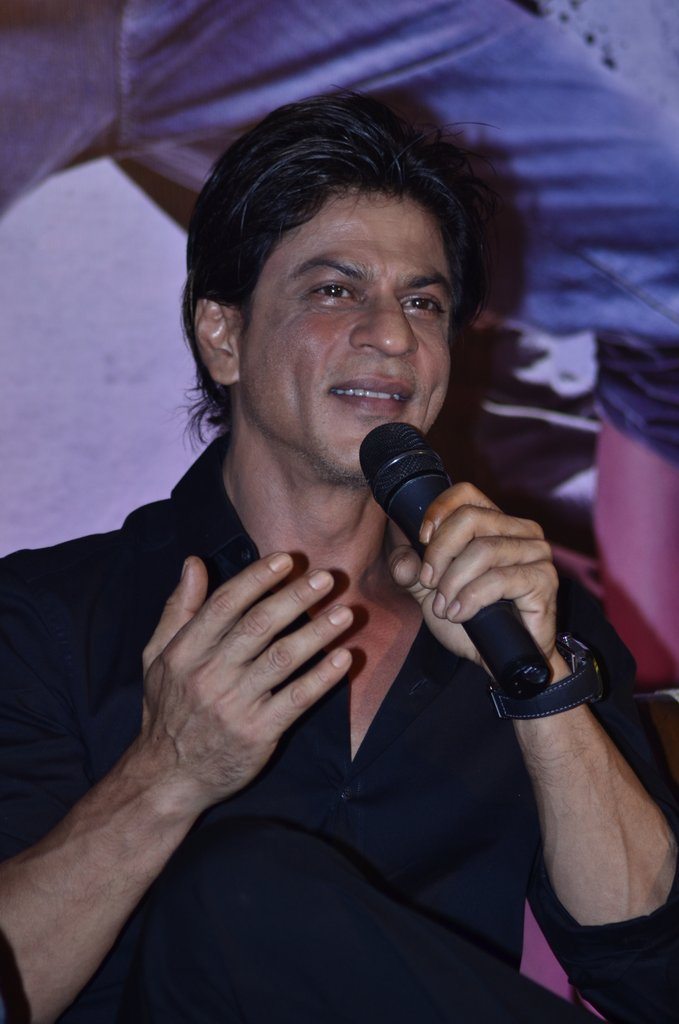 Bollywood to get a new dance movie, Shahrukh Khan promotes Mad About Dance.

Bollywood superstar Shahrukh Khan promoted the upcoming movie ‘Mad About Dance’ as he joined the team at an event held at Taj Lands End in Mumbai on August 8, 2014.

The actor wished the entire team of ‘Mad About Dance’ all the best for the ambitious venture and launched the ‘Mad Wall Of Dreams’, he also took to Twitter to express his wishes.

The upcoming movie ‘Mad About Dance’ is directed by Saahil Prem, who also plays the lead role in the flick along with Amrit Maghera opposite him.

Saahil in an interview said,  “As the name suggests, the movie has plenty of dance and focuses on the youth, their dreams, anxieties and disappointments with a hope for future.”

The genre of dance movies is slowly catching up in Bollywood, the fist half of 2013, saw choreographer Remo D’souza’s ABCD (Anybody Can Dance) hit the box office, marking the commencement of a new genre in Bollywood.

Catch the trailer of Mad About Dance.