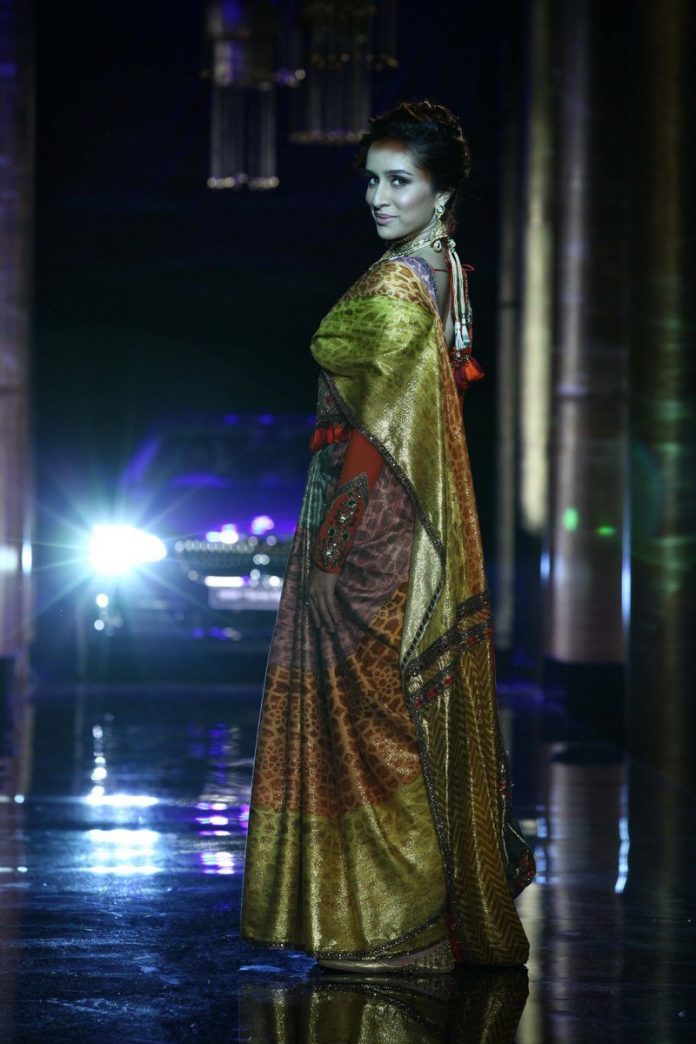 Shraddha looked like a complete diva on the ramp, wrapped in multiple hued sari paired with a gilded jacket.

The actress had her hair in a neat side bun and completed her look with heavy jewellery. Shraddha was last seen in the movie ‘Ek Villian’, her performance was lauded by audiences and critics alike.