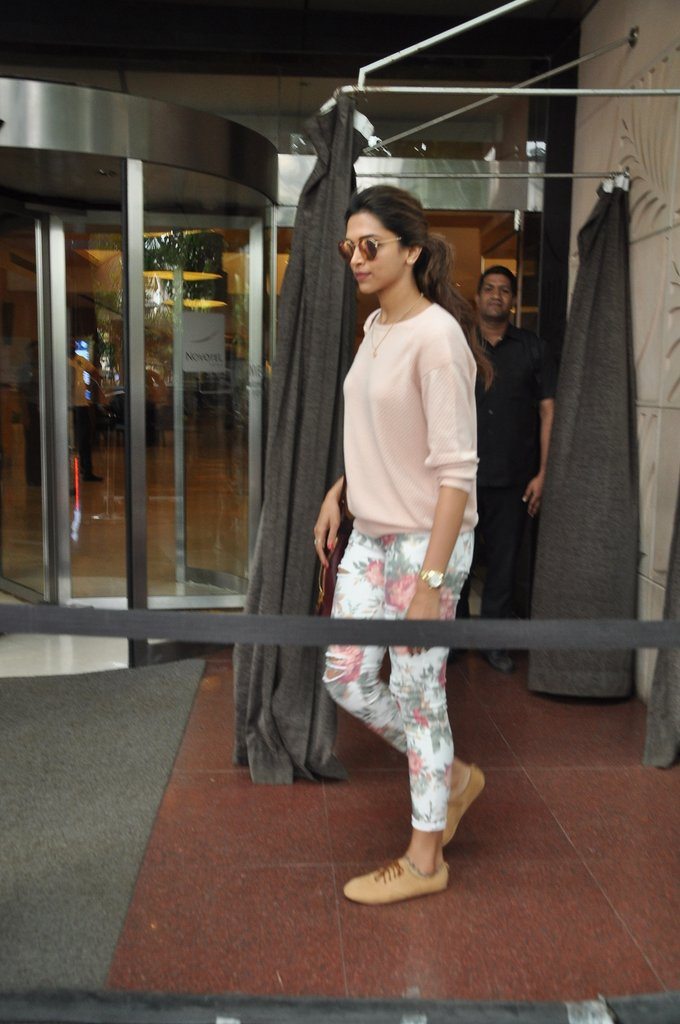 Indian actress Deepika Padukone was snapped at Juhi in Mumbai on August 11, 2014. The ‘Om Shanti Om’ actress was seen in a printed denim and a baby pink color top with a pair of glares.