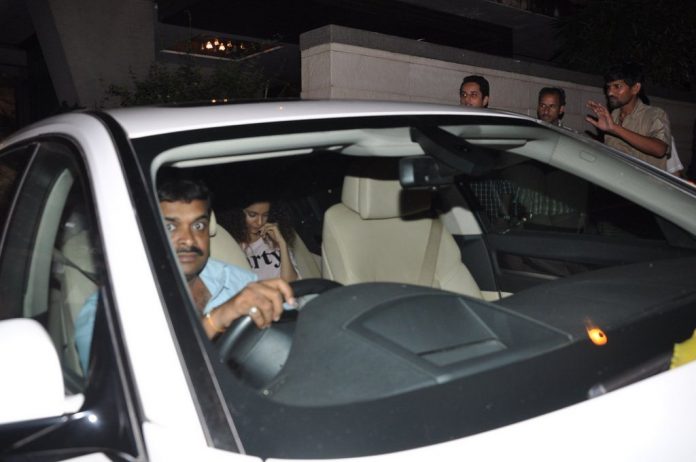 Actress Kangana Ranaut was snapped outside designer Manish Malhotra’s house on August 11, 2014. The ‘Queen’ actress has been visiting the designer, who is also a good friend.

Reports said that the makers of the movie had some issues with Kangana while casting as the actress had lost plenty of weight and did not fit in to the role anymore but now it seems like things have been sorted out.