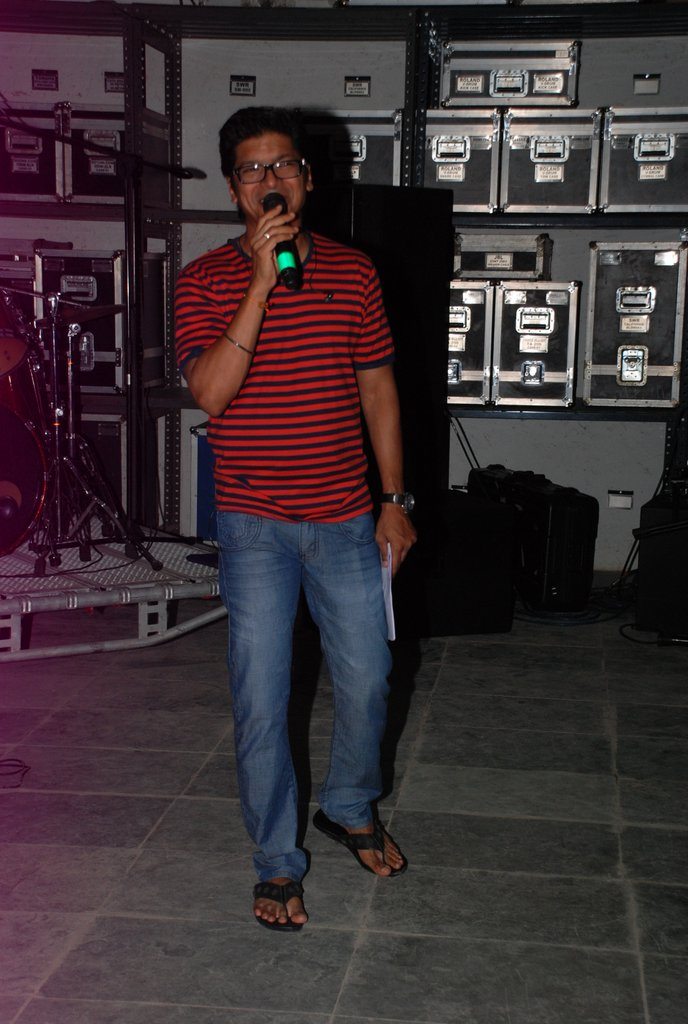 Shaan prepares to delight audiences with his next stage performance.

Shaan sported a casual attire as he tirelessly practiced for the mock stage performance.

The singer has also been a mentor on the TV music show ‘Music Ka Maha Muqabla’ for his team ‘Shaan’s Strikers’.