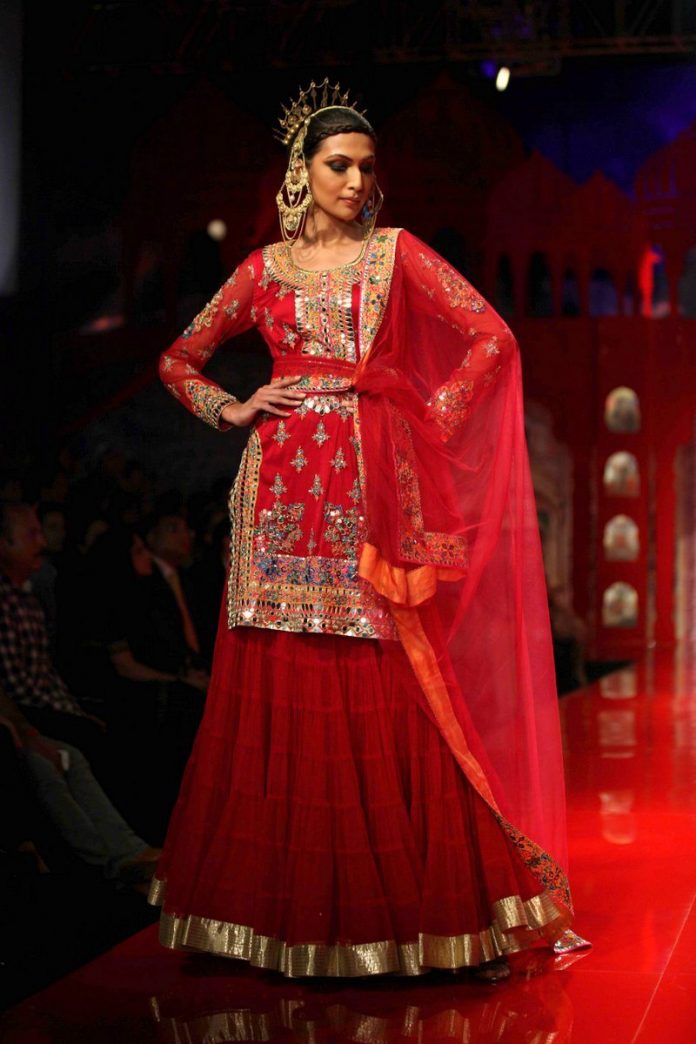 The ramp was dominated by a dramatic aura and Kanagana added to the exaggerated feel with an exotic sartorial ensemble paired with unique jewellery. The strapless bustier that adorned Kangana’s lissome figure, coupled with the her stunning ramp walk wowed onlookers.

27-year-old Kangana is still riding high on the success of her movie ‘Queen’, which saw her playing the role of a small town girl who is heart broken after her fiancé leaves her in the lurch on the eve of their wedding.

Ranaut is currently preparing for the upcoming movie ‘Ungli’ opposite Emraan Hashmi and Sanjay Dutt. ‘Ungli’ is expected to hit the theaters in November 2014.