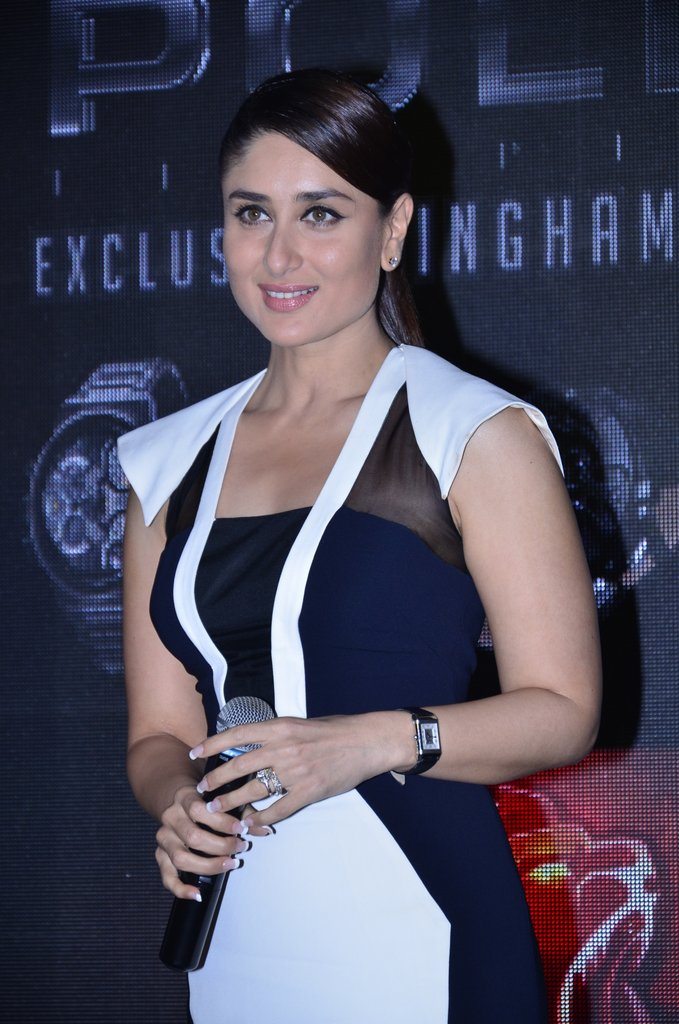 Singham Returns gears up for release, Kareena Kapoor, Ajay Devgn and Rohit Shetty attend a round of promotional events.

Kareena looked ultra chic in a geometric navy blue and white outfit, while Ajay looked his casual self in a pair of denims and a grey shirt. Might we add that the buttoned down look was quite appealing!

The makers of the movie recently released Singham’s characteristic track ‘Aata Majhi Satakli’ composed and sung by none other than Yo Yo Honey Singh. The song features Ajay Devgn and Kareena Kapoor and has already become popular amongst audiences.