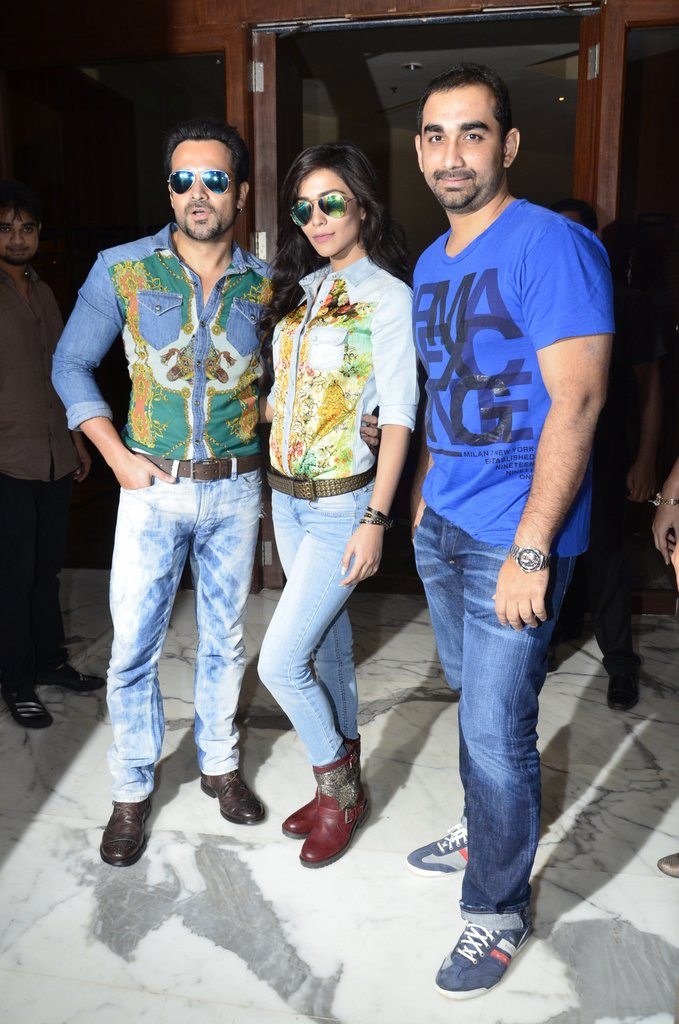 Bollywood actors Emraan Hashmi and Humaima Malik promoted their movie ‘Raja Natwarlal’ in Mumbai on August 13, 2014. Emraan and Humaima entertained fans at the event as they grooved to the film’s songs.

Emraan and Humaima’s synchronized outfits – denims, printed shirts and glares – made quite a style statement!

The Pakistani actress – who will make her Bollywood debut – recently spoke about the movie and said that she has done a few passionate and romantic scenes with Emraan, but the film does not have any vulgarity in it.

The actress added that she is proud of the fact that they have done so many romantic scenes in the movie which have been shot beautifully.