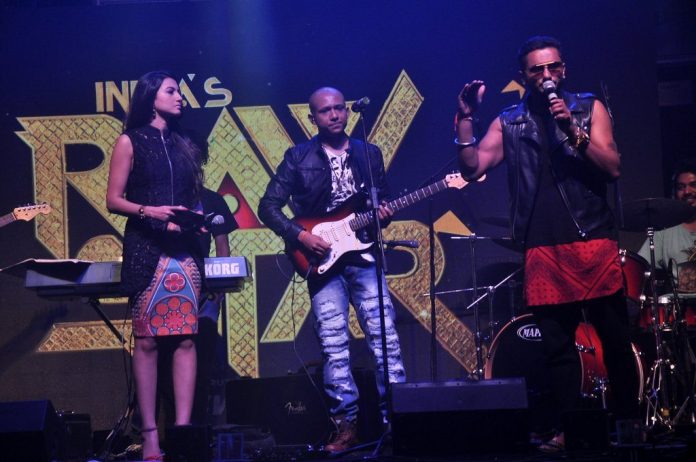 Honey Singh will be the judge of the show, while the smoking hot Gauhar will turn host. ‘India’s Raw Star’ will be the third TV Show for Gauhar, after her successful participation in shows ‘Bigg Boss’ and ‘Khatron Ke Khiladi’.

The show is a talent hunt show which will have mentors for 10 of the finalists. Gauhar stunned in a Pankaj and Nidhi skirt paired with a black appliqué jacket.

The title of the show is quite in keeping with all the surprising and unconventional elements that audiences are going to witness. The show will be completely opposite to the traditional singing reality shows that currently clutter the Indian TV screen.

Right from the contestant screening process – which was conducted via online video applications – to the format of the show, which will have participants singing originally composed songs, as opposed to Bollywood numbers; the show is all prepped up to throw audiences into a new genre of reality television.

The weekly show will premiere on Sunday, August 24 at 7 pm on Star Plus.