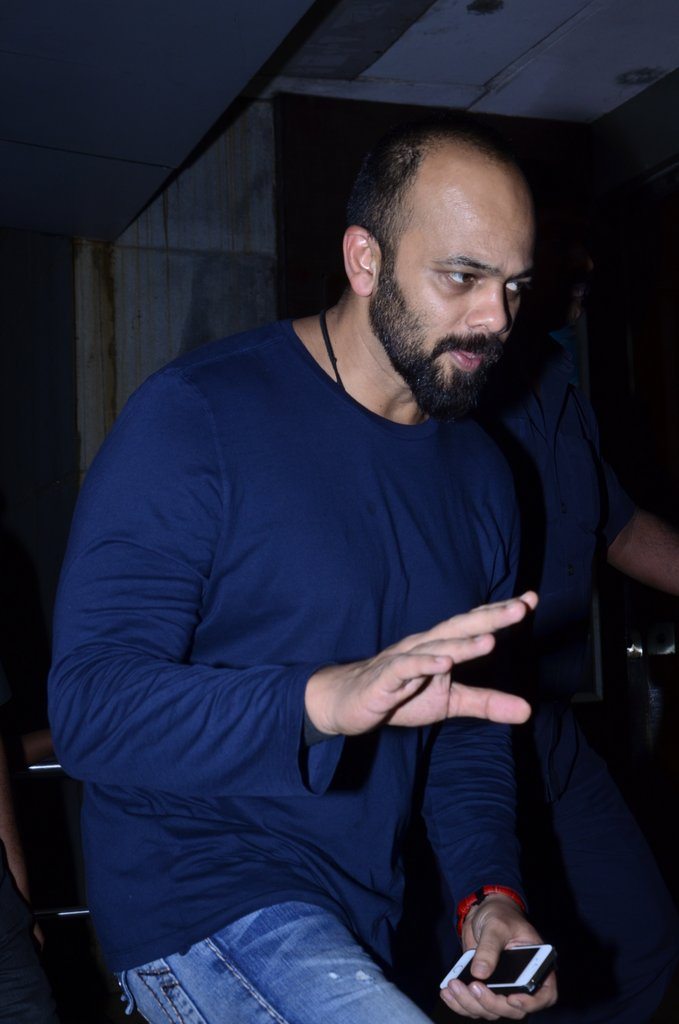 Makers of the movie ‘Singham Returns’ hosted a special screening of the film at Cinemax in Mumbai, on August 14, 2014. The entire cast and crew of the film were present at the screening, along with various other industry big-wigs.

Lead star Ajay Devgn’s wife Kajol was also at the venue and we know that why? Because the bong beauty didn’t miss a single chance to whistle and cheer at the action sequences in the film!

The entire team of ‘Singham Returns’ is happy over the advance booking numbers at the box office. Reports say that owing to the overwhelming response, distributors have increased the number of screens for the movie.

‘Singham Returns’ is one the biggest releases in the second half of 2014. The makers are hoping to smash all previously set box office bench marks.

The movie has Ajay Devgn and Kareena Kapoor in lead roles, the item song ‘Aata Majhi Satakli’ composed by rapping sensation Yo Yo Honey Singh has already become popular amongst audiences.