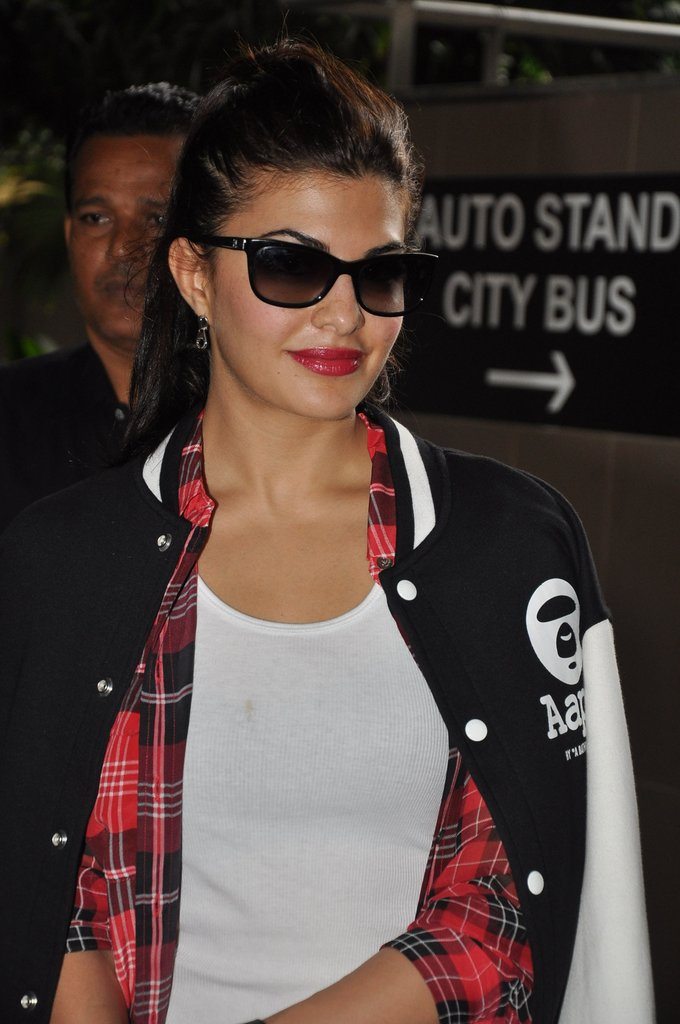 Sri Lankan beauty Jacqueline Fernandez was snapped at the airport on August 16, 2014. The actress looked fresh in her white denims and tank top, plaid shirt and a varsity jacket thrown coolly over her shoulders.

Fernandez was recently seen in the movie ‘Kick’ opposite Salman Khan which is running successfully in theaters. The actress made her Bollywood debut with the movie ‘Aladin’ which failed to pick up at the box office.

Jacqueline is now preparing for the launch of the upcoming movie ‘Roy’ and ‘Bangistan’, which are due to hit the theaters in 2015. Bollywood movie ‘Murder 2’ was one of her movies in which her work was appreciated.