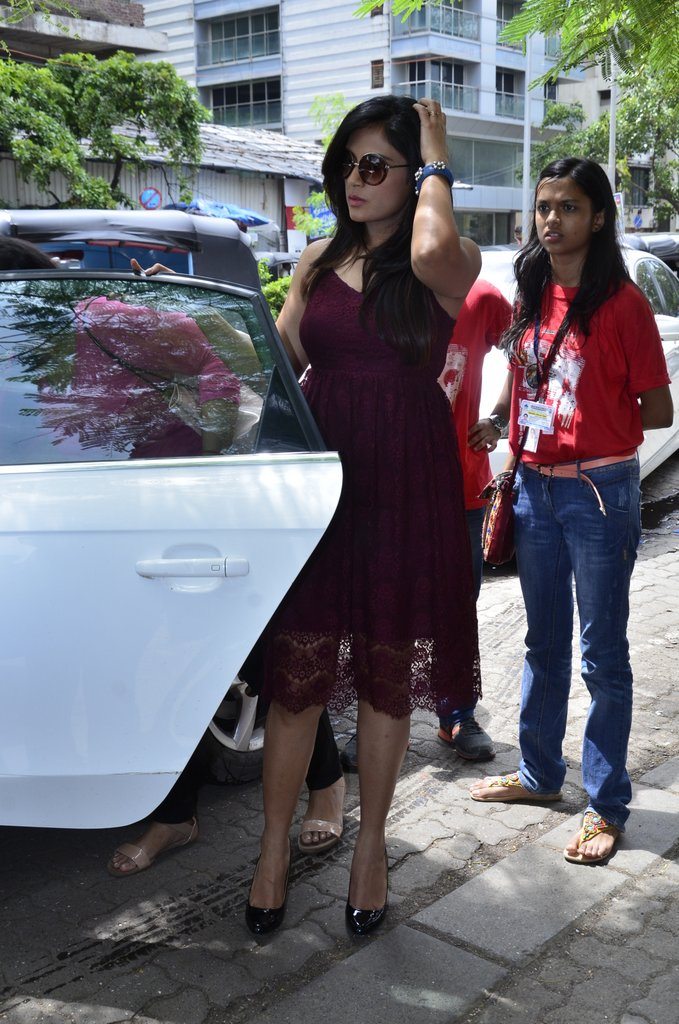 Bollywood actors Richa Chaddha promoted the upcoming movie ‘Tamanchey’ at an event held at Juhu in Mumbai on August 17, 2014. Richa for the promotions was seen wearing a printed top and jeans.

The movie also stars Nikhil Dwivedi . The story of the movie is a rough and tough love story of a kidnapper played by Nikhil in Uttar Pradesh who accidentally falls in love with Babu, played by Richa, who knows well her job of drug peddling in Delhi.

The makers recently released the trailer which has become popular among the audience and is all set to hit the silver screens on September 19, 2014.