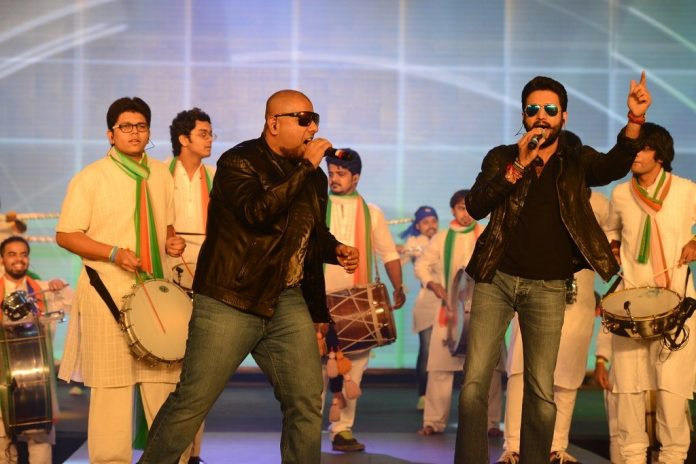 Shahrukh was at his funny best during the launch event, as he jokingly interacted with the media. When the ‘Om Shanti Om’ actor was asked about the controversial ‘P.K.’ movie poster  – which has Aamir Khan posing nude on it – he answered, “Now, we are also going to have a nude poster, with everyone.”

‘Happy New Year’ is all set to hit the theaters on October 23, 2014. The film’s trailer reveals a quintessential Bollywood masala flick; action, drama, songs and a power packed star cast, all elements seemed to be wrapped into one wildly entertaining flick.