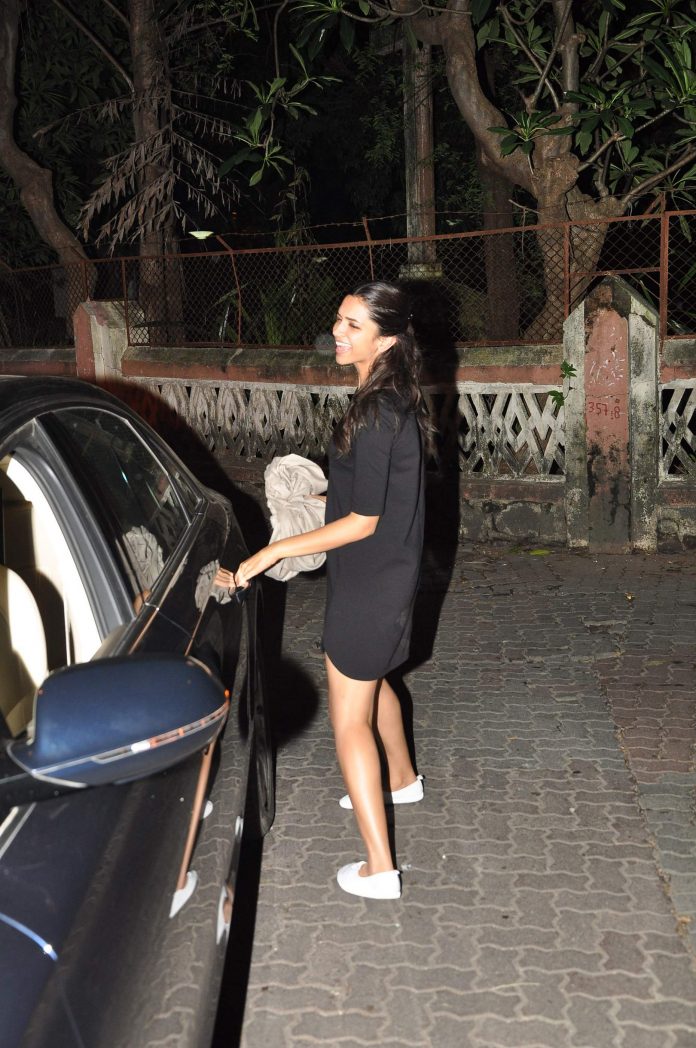 The ‘Om Shanti Om’ has  reportedly just returned from her shoot schedule in Corsica, where she was shooting for her upcoming movie Imtiaz Ali’s ‘Tamasha’ along with ex-flame Ranbir Kapoor.

Padukone has also begun work for her next film ‘Piku’ in Kolkata and will now be busy promoting ‘Happy New Year’ and ‘Finding Fanny’ which are all set to hit the silver screens in the coming months.

The 28-year-old leggy lass is surely on a roll, not every actress gets paired opposite superstar Shahrukh Khan – her Happy New Year co-star –  for the third time!