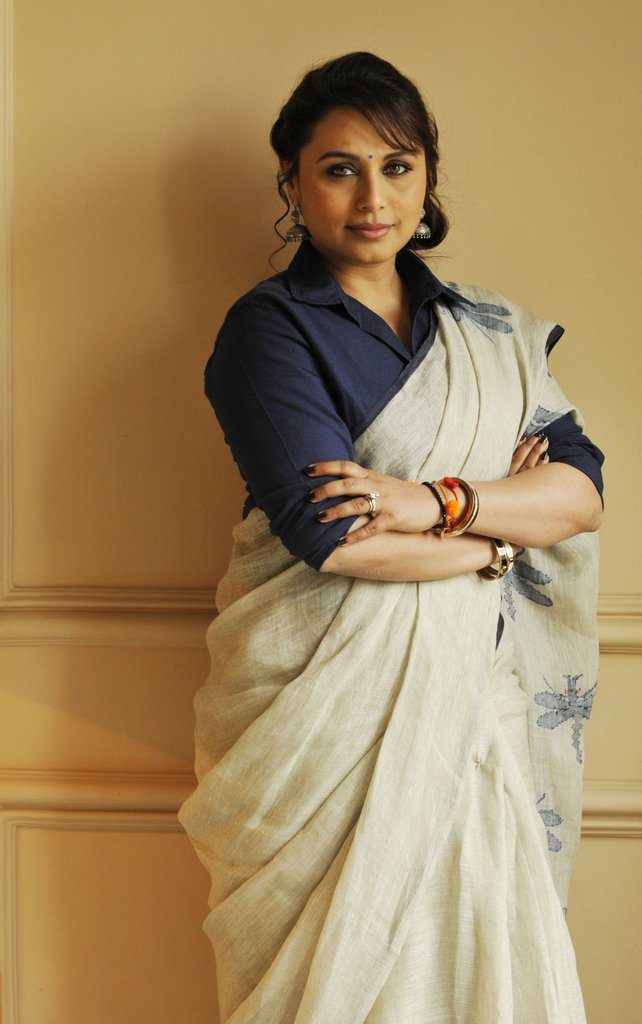 Bollywood actress Rani Mukherji prayed for the success of her upcoming movie ‘Mardaani’ at a temple in Kolkata on August 19, 2014. Rani will be seen playing the role of a cop in the movie, which is all set to hit the theaters on August 22, 2014.

The actress sure did look regal in a traditional sari paired with some exquisite jhumkas, however, the newly wed could’t hide all that happy post-wedding weight gain!

The makers of the movie released the official trailer of the flick on June 24, 2014. Rani will take on the role of Shivani Shivaji Roy – a Senior Inspector at the crime branch in Mumbai – who single handedly takes on the child trafficking mafia in the city.