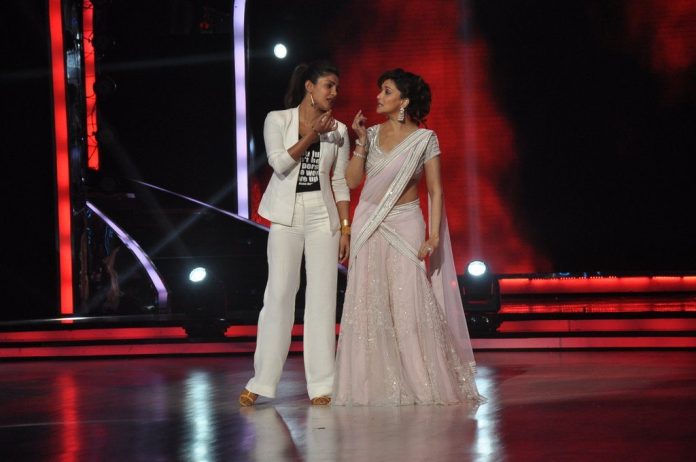 Priyanka looked ultra chic in an all white suit-like outfit.

The show also had the judges Remo D’souza, Karan Johar and Madhuri Dixit. The ‘Gunday’ star enthralled audiences as she and judge Madhuri showed off their Bollywood thumkas on stage.

‘Mary Kom’ is a biopic based on the life of India’s ace female boxer – MC Mary Kom – and her journey towards success in a male dominated sport. Mary’s inspiring tale of grit and courage, combined with Chopra’s supreme acting prowess, will make for an interesting on-screen spectacle.