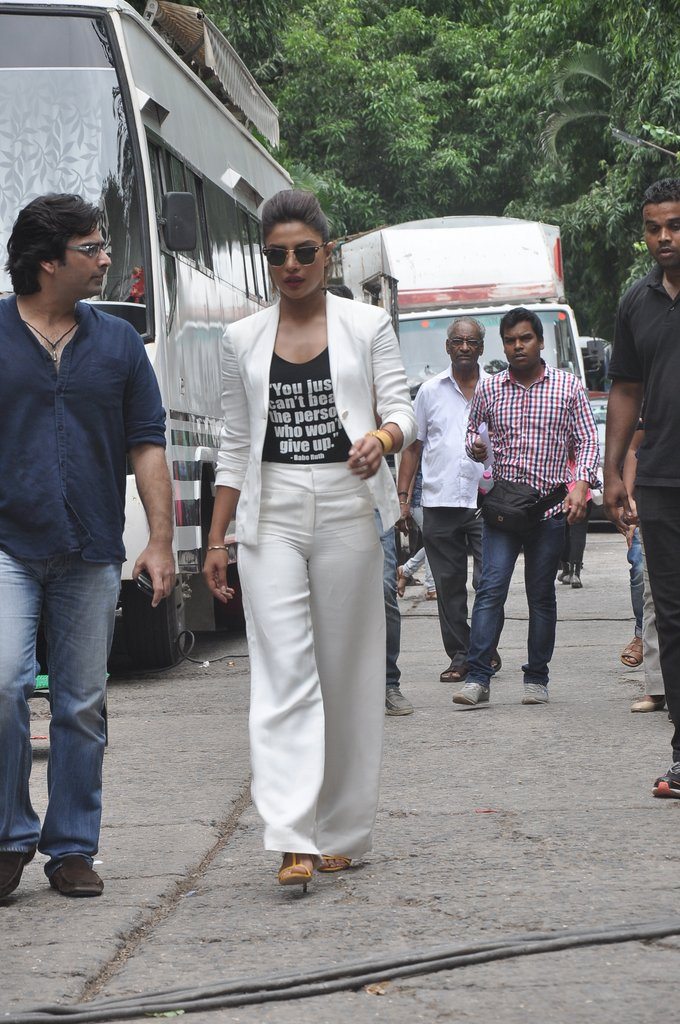 Bollywood actress Priyanka Chopra sure knows how to please her fans, while promoting her upcoming film ‘Mary Kom’ on the sets of dance reality show Jhalak Dikhhla Jaa – August 19, 2014 – Priyanka had no airs about herself and happily obliged to fan requests for selfies and autographs.

The petite beauty will soon be seen in the role of a passionate boxer in her much awaited biopic ‘Mary Kom’. Chopra is busy with the promotions of the flick, which will hit the silver screens on September 5, 2014.

Television shows like Jhalak Dikhhla Jaa have become a must stop platform for stars to promote their films. Audiences went into a tizzy as Priyanka and Madhuri – who is a judge on the show – showed off their dance moves on stage.