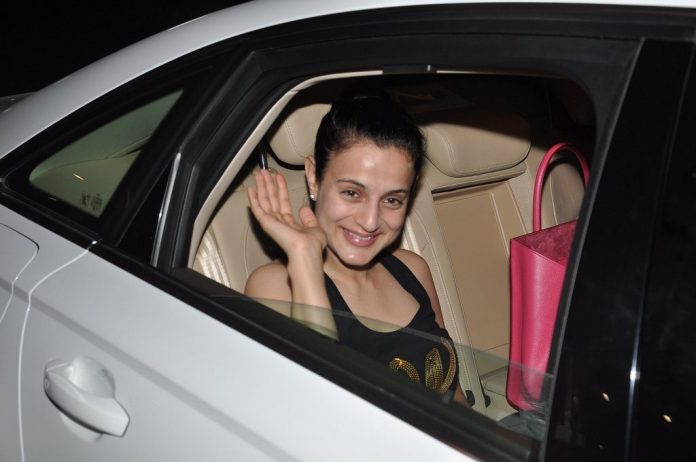 Bollywood actress Ameesha Patel, who made her Bollywood debut with the movie ‘Kaho Na Pyaar Hai’, was at Mumbai Airport as she returned from Bangkok on August 20, 2014. The actress was at the shopping mecca to shoot for an ad campaign.

The ‘Honeymoon Travels’ actress looked casual yet stylish in an all black attire, though the bright pink bag that she sported along was quite an eye-catcher!

The 38-year-old actress was last seen on the silver screens in the movie ‘Shortcut Romeo’.

The actress is now all set to turn into a producer for her debut production ‘Desi Magic’, which will star Bollywood’s eternal action hero Sunny Deol in it.