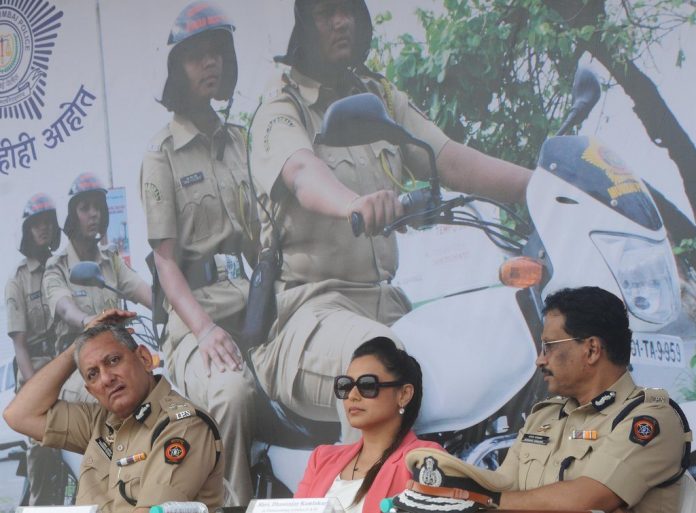 The team will be patrolling the streets of the city to look out for molesters and other mischief mongers that target women at crowded places in Mumbai. Rani looked pretty in a white top, jeans and a pink jacket.

Rani will be seen playing the role of a female cop who is a part of the crime branch police. The movie is all set to hit the theatres on August 22, 2014.