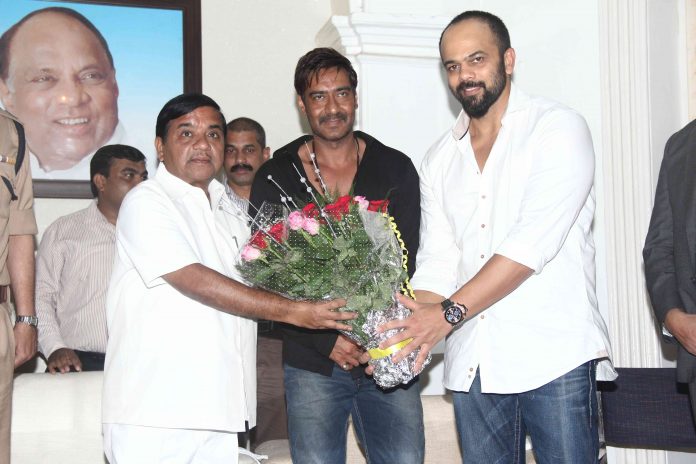 Ajay and Rohit handed over the keys of the vehicles to the police in a ceremonious gesture and were elated to be a part of the event. The film’s association with the Mumbai Police comes as an obvious fact, as Ajay Devgn plays the role of a tough and hot-headed cop in the film.

Bollywood movie ‘Singham Returns’ hit the theaters on August 15, 2014 and is running successful all over. Apart from Ajay Devgn the movie also stars Kareena Kapoor.

‘Singham Returns’ – a sequel to the 2012 Singham – has already cashed in a fortune at the box office, film trade analyst Taran Adarsh tweeted out the film’s opening week India collections – Total: ₹ 107.12 cr nett. A whopping but expected number indeed!